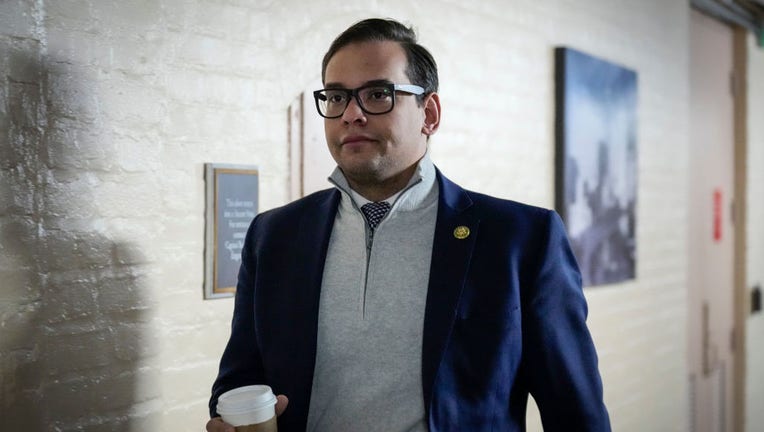 WASHINGTON - House Speaker Kevin McCarthy, R-Calif., said Tuesday that Rep. George Santos, R-N.Y., will be removed from Congress if an investigation by the House Ethics Committee concludes he violated the law.

The committee's investigation was launched following reports that Santos fabricated parts of his background, including his education and work history, during his 2022 campaign. The freshman congressman is also being probed by several federal, state and local entities.

George Santos' ex-roommate Gregory Morey-Parker is speaking out about their time living together. Morey-Parker says he only remembers Santos using the name Anthony Devolder. "I’ve never known him as George Santos," he said. "He said his like family name was like Zabrovsky." The two met in 2013 and Morey-Parker took Santos up on his offer a year or so later to live with him for a few months in Jackson Heights, Queens while he looked for an apartment. Meanwhile, Rep. Santos (R-NY) has received his first committee assignments, the small business committee and the science, space & technology committee. More LiveNOW from FOX streaming video

McCarthy has largely defended Santos against calls for his resignation. The speaker has condemned some of Santos' conduct, but Tuesday was the first instance in which he suggested potential consequences for the New York Republican.

"If for some way when we go through Ethics, and he has broken the law, then we will remove him," McCarthy told reporters at a press conference outside his office.

But McCarthy also reiterated prior statements that he believes Santos should maintain his House seat because he was elected to serve.

"You know why I’m standing by him? Because his constituents voted for him," he said. "I do not have the power, simply because I disagree with somebody on what they have said, that I will remove them from elected office." 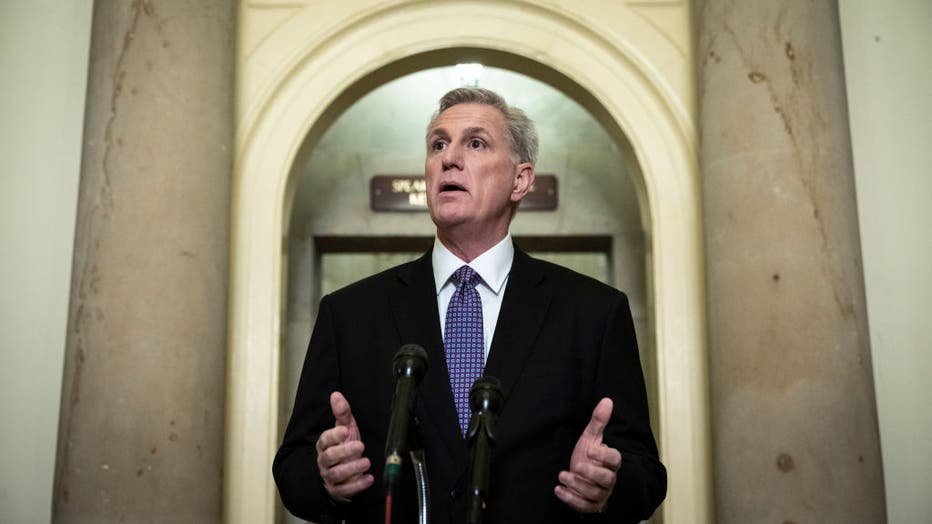 Speaker of the House Kevin McCarthy (R-CA) speaks during a news conference outside of his office at the U.S. Capitol on Jan. 24, 2023 in Washington, DC. McCarthy spoke on a range of issues, including committee assignments and Rep. George Santos (R-NY

McCarthy said last week that he always "had a few questions" about Santos' resume. Santos was named to two committees — Small Business and Science, Space, and Technology — by House Republican leadership last week.

The speaker's remarks come after reports revealed Santos had fabricated parts of his background during his 2022 campaign, in which he defeated Democrat Robert Zimmerman.

Santos had lied about his work and education history, connections to an alleged Ponzi scheme, his mother's death and that he had previously been married to a woman despite now being openly gay.

As of Friday morning, Rep. George Santos (R-NY) still says he will not resign from his position, despite calls to do so from his own party. Joshua Tucker, a professor of politics at NYU, joined LiveNOW from FOX's Josh Breslow to explain what the future might hold for Santos.

He is also accused of using a fake animal charity in 2016 to scam a disabled veteran by raising money for their dog's cancer treatment and then keeping the funds himself. Santos denies the allegation.

Santos has faced calls to resign from Republicans and Democrats in Congress and numerous New York State Republicans. Santos said earlier this month that he would resign if the 142,000 people who voted for him asked him to.