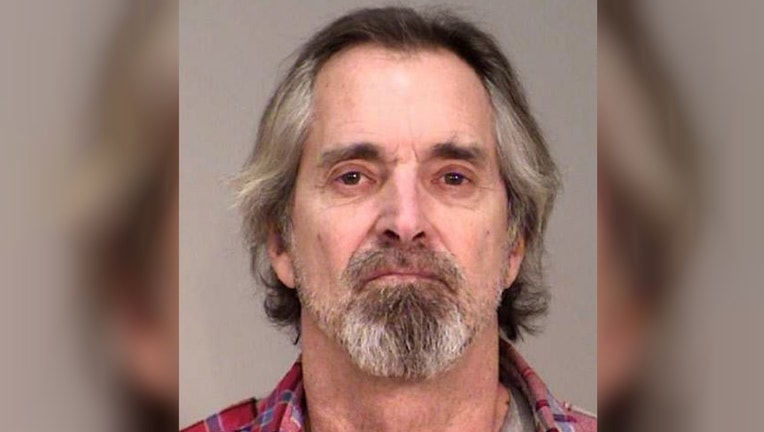 Ronald Jacobson was charged with failing to stop for a crash in connection to a crash that left two pedestrians dead on January 3, 2019. (Roseville Police Department / FOX 9)

ROSEVILLE, Minn. (FOX 9) - Eight months after a hit-and-run crash in Roseville, Minnesota left two people dead, a driver has been charged in the case, according to Roseville police.

Thursday, Ronald Andrew Jacobson was charged with failing to stop for a crash, which is a felony.

The deadly crash happened around 5:30 p.m. on January 3 at Larpenteur Avenue and Woodbridge Court. Two pedestrians died at the scene. The victims of the crash were identified as Robert Buxton, 47, of Roseville and Meredith Aikens, 45, of Roseville.

A driver at the scene told police he didn't see the pedestrians crossing the road when he hit them with his vehicle. Upon further investigation and after speaking with witnesses, police determined a second vehicle had been involved in the crash.

Roseville police later received a tip that Jacobson had said he was involved in the crash and was allegedly driving home from a bar while drunk. Surveillance video later showed Jacobson had 10 beers in three hours and left the bar shortly before the crash.

Days after the deadly crash, police pulled over Jacobson after he left a bar in St. Paul. He was later charged for driving while under in the influence. During the stop, police found damage on his vehicle, which was consistent with the earlier crash. Through tests, Minnesota Bureau of Criminal Apprehension confirmed the vehicle had run over and dragged the woman, who died in the incident.

Investigators determined the first driver, who stayed at the scene, was driving the speed limit at the time of the crash and was not under the influence of drugs or alcohol.