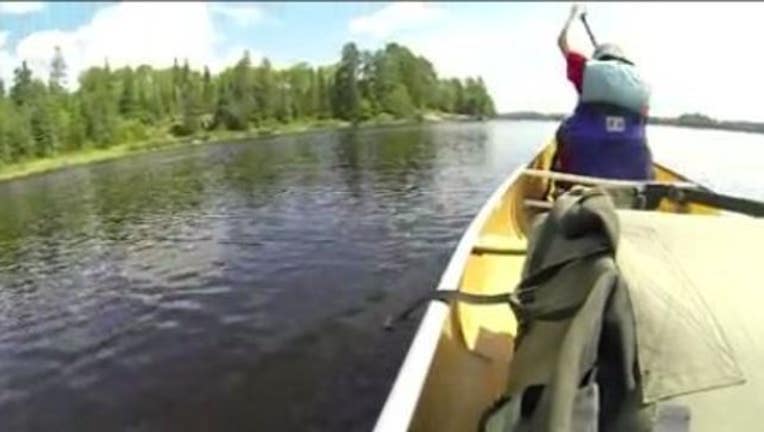 MINNEAPOLIS (AP) -- Nine Minnesota businesses that rely on the Boundary Waters Canoe Area sued the Interior Department and its Bureau of Land Management on Thursday, challenging their decision to reinstate the federal mineral rights leases for the proposed Twin Metals copper-nickel mine near Ely.

The lawsuit, filed in federal court in Washington, D.C., alleges the bureau's decision exceeded its authority and poses an immediate threat to businesses, the environment and the region's outdoor recreation economy. The plaintiffs include four outfitters, a resort, two canoe companies, two wilderness discovery programs and the environmental group Northeastern Minnesotans for Wilderness.

They filed the lawsuit one day after President Donald Trump visited Duluth and expressed strong support for mineral development in northeastern Minnesota.

The bureau reinstated Twin Metals' expired leases last month, reversing a decision by President Barack Obama's administration in its final weeks in 2016 to reject the renewals. The Obama administration cited the potential harm to the Boundary Waters from acid mine drainage. The proposed mine site is upstream from the popular wilderness area, which is part of the Superior National Forest.

The complaint alleges the reversal was "arbitrary and capricious" and asserts that the original decision was correct, noting that it was based on detailed findings by the U.S. Forest Service that the project posed unacceptable risks of causing "serious and irreparable harm to this unique, iconic, and irreplaceable wilderness area."

Northeastern Minnesota holds vast, untapped reserves of copper and nickel, but they're bound up in sulfide minerals that can leach sulfuric acid and other pollutants if exposed to air and water. The pristine lakes and streams of the Boundary Waters have little capacity for neutralizing them.

The plaintiffs argue their businesses depend on the Boundary Waters "remaining in an undiminished, pure state and on the Superior National Forest remaining a welcoming place for tourists and recreational users."

Steve Piragis, owner of Piragis Northwoods Company in Ely, said in a statement that the mine would drive away his customers.

"They will stop using substantial areas of the Boundary Waters, including important entry points and major canoe routes," Piragis said. "Others will cease to visit at all because it will no longer be the place they love and remember."

Twin Metals, which is owned by the Chilean mining company Antofagasta, wants to build an underground mine and ore processing facility on Birch Lake, which flows into the wilderness via the Kawishiwi River. The company said the mine would create 650 direct jobs as well as 1,300 spinoff jobs in the region without harming the wilderness.

The project is not as advanced as the nearby proposed PolyMet mine, which has completed a lengthy environmental review and would become the state's first copper-nickel mine if it gets final approval of its permits. That site is outside the Boundary Waters watershed.