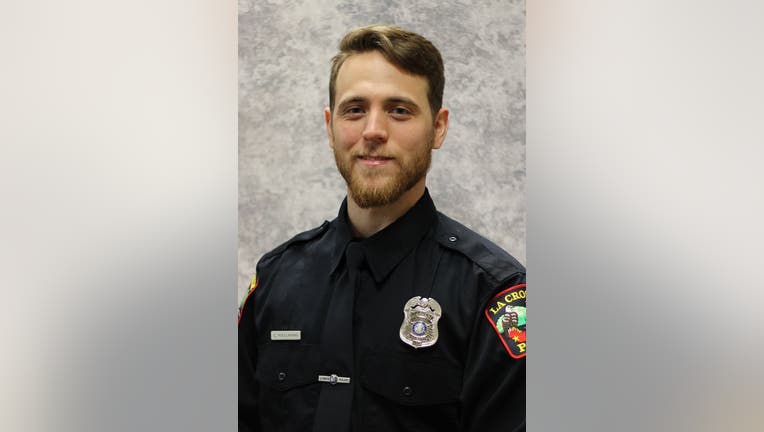 Officer Conner Hjellming, of the La Crosse, Wis. Police Department, reportedly bought a woman in need a pair of hat and gloves that she was concealing in her coat in a Walgreens store last month. (La Crosse Police Department)

LA CROSSE, Wis. (FOX 9) - The La Crosse, Wisconsin Police Department applauded one of its officers for handling a potential shoplifter with "true compassion" in a Facebook post Monday.

The incident was discovered during an audit by the officer’s supervisor in which they reviewed random body camera videos of incidents to which officers responded.

According to the Police Department, Officer Conner Hjellming responded to a Walgreens location in the city in early December where he found a woman who was concealing a hat and gloves in her coat. The report says Hjellming took the person’s information and assisted staff in issuing a no trespass order for the attempted theft.

Police say Hjellming found out the woman was trying to steal the hat and gloves because she did not have a set. In response, the officer reportedly pointed her toward resources where she could get those items, but then offered to buy them for her for $9.47.

The woman was released outside of the store after Hjellming made the purchase.

While reviewing video of this incident, I observed that Officer Hjellming spoke calm and professionally with the store employee and the suspect. He did not get upset when the suspect lied to him initially about stealing the items and instead spoke with her calmly and respectfully to get her to admit to the attempted theft. Officer Hjellming displayed great community policing skills and compassion by using his own money to ensure that the subject would have needed cold weather clothing items, which the subject appeared to be appreciated of.