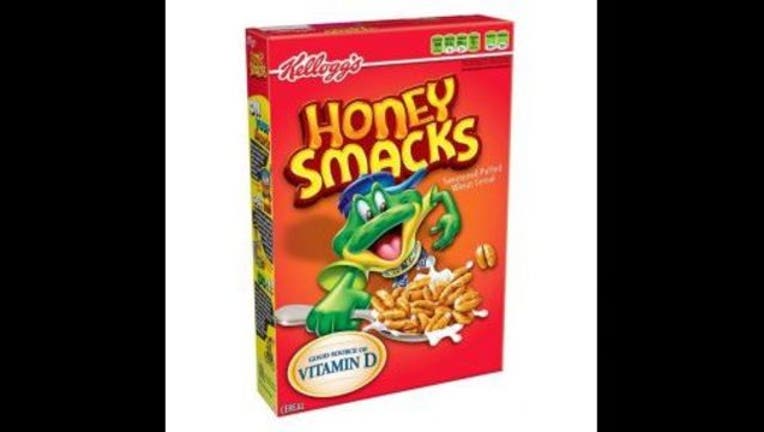 The Kellogg Company is voluntarily recalling some of its Honey Smacks cereal for the potential presence of Salmonella.

(KMSP) - Kellogg is voluntarily recalling some of its Honey Smacks cereal after salmonella infected 73 people in 31 states.

People became sick between March 3 to May 28, but the Centers for Disease Control and Prevention says illness that occurred after May 22 might not be reported yet due to the time it takes between when a person becomes ill and when the illness is reported. No cases have been reported in Minnesota so far, but one person did become sick in Wisconsin.

Kellogg is asking people who purchased the potentially affected product to discard it and contact the company for a full refund.