Kaitlin Armstrong, 34, is back in Austin to face charges at the Travis County Jail. She was arrested last week in Costa Rica for the murder of pro-cyclist Moriah Wilson, 25.

AUSTIN, Texas - The Austin, Texas, woman accused of killing cyclist Anna Moriah Wilson is back in Travis County after being transported from a jail in Harris County.

Around 2:45 p.m. Tuesday, Kaitlin Armstrong, 34, was booked into the Travis County Jail for murder, a first-degree felony, and theft of service.

She is currently being held with a $3.5 million bond for murder and $3,500 for theft of service. 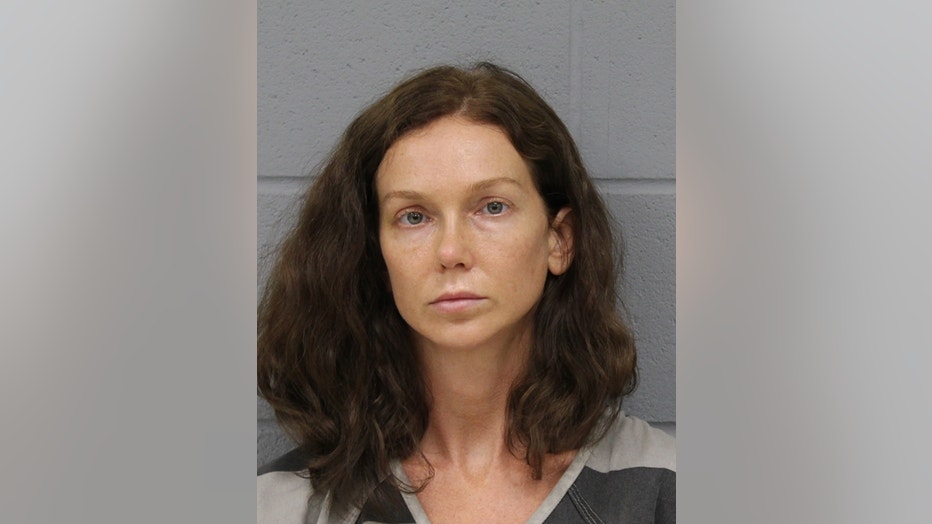 On July 5, 2022, Kaitlin Marie Armstrong was booked into Travis County Jail for Murder, 1st Degree Felony, and Theft of Service.

Armstrong arrived at George Bush Intercontinental Airport in Houston Saturday after being arrested by US Marshals in Costa Rica last week. Armstrong is charged with murder in the shooting death of 25-year-old Moriah Wilson at a home on Maple Avenue in East Austin on May 11.

Armstrong was captured Wednesday in a remote Costa Rican beach town after 43 days on the run. During that time she fraudulently used another person's passport, had boarded United Airlines Flight 1222 from Newark International Airport on May 18 and arrived in San Jose, Costa Rica three hours later.

Armstrong is accused of killing cyclist Anna Moriah "Mo" Wilson in East Austin in May.

Kaitlyn Armstrong, the woman accused of murdering pro-cyclist Moriah Wilson in east Austin, expected to be back in Travis County to face charges soon.

Armstrong is expected to be transported to the Travis County Jail where according to county records she will be held on a $3.5 million bond. Armstrong was originally detained in Costa Rica on an immigration violation, officials say. She is also facing a federal warrant for Unlawful Flight to Avoid Prosecution.

Officials say while Armstrong was on the run, she cut her hair shoulder-length and dyed it dark brown, as well as wore a bandage on her nose claiming she had a surfboarding accident.

Who is Kaitlin Armstrong?

Armstrong is the prime suspect in the death of 25-year-old cycling star Anna Moriah "Mo" Wilson who was found shot dead at a friend’s apartment in East Austin on Maple Avenue near East 7th Street on May 11.

Wilson, a rising cyclist star, had flown from Colorado to Texas earlier that week in preparation for the Gravel Locos race in Hico, where she was a favorite to win. A few weeks earlier, she won the Belgian Waffle Ride in California.

Law enforcement had not been able to locate Armstrong since police briefly detained and mistakenly released Armstrong on an unrelated charge. Armstrong had been arrested for a misdemeanor warrant out of Travis County from 2018.

"Armstrong was questioned about her vehicle being in the area as pictured on the Ring camera. However, she would not confirm or deny being in the area of the murder and quickly terminated the interview," APD Homicide Det. Richard Spitler said.

"She was then mistakenly released from custody on the misdemeanor warrant" because her date of birth in the department’s report management system did not match the date of birth on the warrant, Spitler added.

The family of murdered cyclist Moriah Wilson talks about the romantic relationship that may have played a role in her death.

"Armstrong was mistakenly released from custody on the misdemeanor warrant because her date of birth in our report management system did not match the date of birth on the warrant," said Detective Richard Spitler, with Austin police in a press conference on May 25.

Further investigation revealed Armstrong had dated star cyclist Colin Strickland for a few years. Last year, Strickland was romantically involved with Wilson while Strickland and Armstrong were on a brief break.

Investigators believe Wilson was shot and killed over a love triangle since Wilson and Strickland went out the day of the murder and Armstrong’s car was seen driving around where Wilson was killed. Strickland admitted to having "a brief romantic relationship" with Wilson while she was visiting in 2021.

"She returned to her home in California and about a month later, Kaitlin Armstrong and I reconciled and resumed our relationship," Strickland said. "Since then I often saw Mo at cycling events, and always in public settings," his statement further adds. "After our brief relationship in October 2021, we were not in a romantic relationship, only a platonic and professional one."

According to an affidavit, Strickland told investigators that he and Wilson had gone swimming at Deep Eddy Pool, then ate at Pool Burger before he dropped her off at her friend’s house around 8:30 p.m. the night of her death.

Strickland reportedly told police that he had lied to Armstrong about his whereabouts.

An anonymous tipster reportedly told investigators that when Armstrong found out the pair was together, she told the person she wanted to kill Wilson, and also said she had acquired a gun.