WASHINGTON - A federal judge expressed skepticism Thursday when attorneys for former President Donald Trump asked her to prevent the handover of documents sought by a House committee investigating the Jan. 6 insurrection.

Some of the committee's requests dating back to April 2020 "are alarmingly broad," U.S. District Judge Tanya Chutkan said. But she disagreed with claims by Trump's lawyers that Congress did not have a legislative purpose for getting Trump's call logs, talking points and other notes from Jan. 6 as his supporters stormed the Capitol in hopes of overturning his loss to President Joe Biden.

"The Jan. 6 riot happened in the Capitol," she said. "That is literally Congress' house."

Chutkan said she will rule soon on Trump's lawsuit seeking to block the release of documents related to the insurrection to the House committee. Biden largely waived executive privilege on documents held by the White House, setting up a showdown between Trump and the executive and legislative branches that's likely to go to the Supreme Court.

The records that would be given to the committee include call logs, drafts of remarks and speeches and handwritten notes from Trump's then-chief of staff, Mark Meadows, according to a court filing by the National Archives. There are also copies of talking points from then-press secretary Kayleigh McEnany and "a draft Executive Order on the topic of election integrity," the National Archives said. 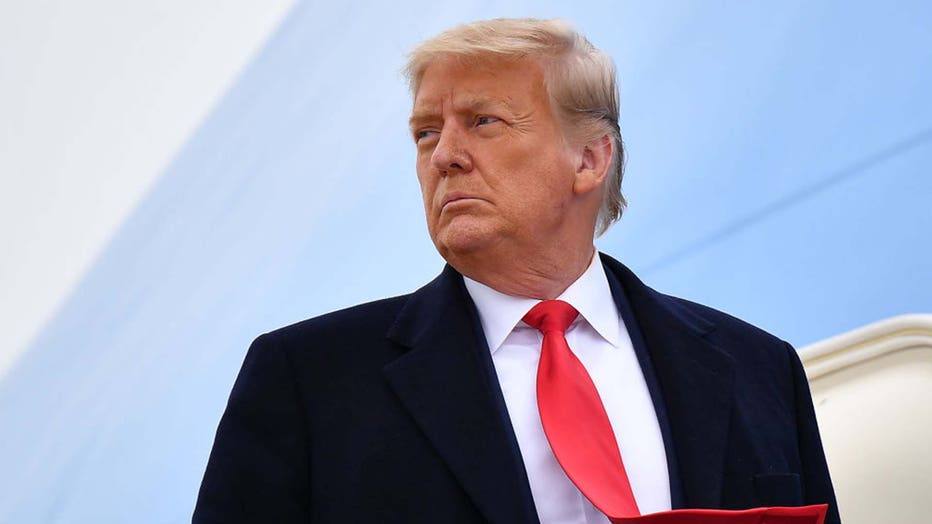 Trump's previous efforts to withhold his tax returns and other records from Congress was different because it involved his personal finances, Chutkan said Friday. The current fight is over documents that "are thought to further Congress' oversight into the events of Jan. 6," she said.

The judge did question some of the dozens of demands made by the committee for Trump communications and other records. She asked specifically about a request for polling data held by Trump campaign officials dating back to April 2020.

Douglas Letter, a lawyer for the House, argued that polls would provide insight into Trump's spreading of unfounded conspiracy theories about election fraud.

"He didn't want to lose the election," Chutkan said at one point. "Do you need polling data to determine that a president who's up for re-election wants to win and may be worried that he's not going to win?"

Biden has so far waived executive privilege on nearly all the documents that the committee has asked for, though the committee agreed to "defer" its requests for several dozen pages of records at the behest of the Biden White House.

RELATED: Jan. 6 rioter who tweeted she was ‘definitely not going to jail’ gets 2 months

In explaining why Biden has not shielded Trump’s records, White House counsel Dana Remus wrote that they could "shed light on events within the White House on and about January 6 and bear on the Select Committee’s need to understand the facts underlying the most serious attack on the operations of the Federal Government since the Civil War."

Trump called the document requests a "vexatious, illegal fishing expedition" that was "untethered from any legitimate legislative purpose," in his lawsuit to block the National Archives from turning over the documents.

The suit also challenges the legality of the Presidential Records Act, which allows an incumbent president to waive executive privilege of a predecessor, calling it inherently unconstitutional. Biden has said he would go through each request separately to determine whether that privilege should be waived.