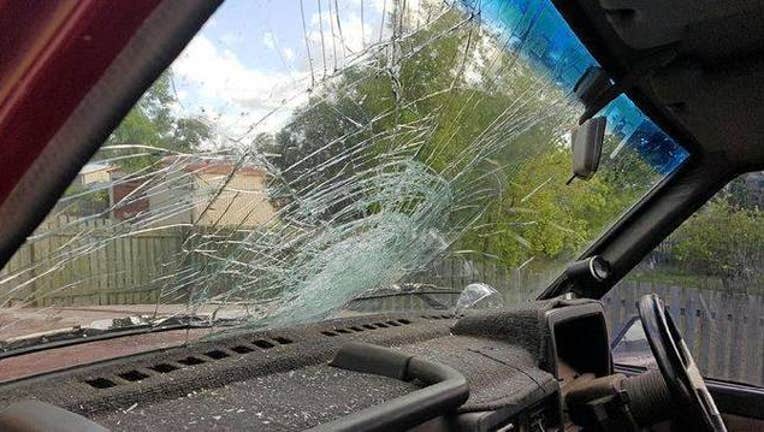 JORDAN, Minn. (KMSP) - Jordan Police are on the lookout after six vehicles’ windshields were damaged by rocks being thrown at them last week.

The damage was caused by “rocks the size of softballs” being thrown into the vehicles.

The locations of the vehicles were spread throughout the city, so police suspect the vandals were tossing these rocks from vehicles themselves.