WASHINGTON (AP) - The military’s top leaders have issued a memo to forces decrying last week’s Capitol Hill violence and reminding service members that freedom of speech does not give anyone the right to resort to violence.

Tuesday's memo was signed by all members of the Joint Chiefs of Staff. It also reminded military members that Joe Biden was duly elected and will be sworn in as the next president on Jan. 20. 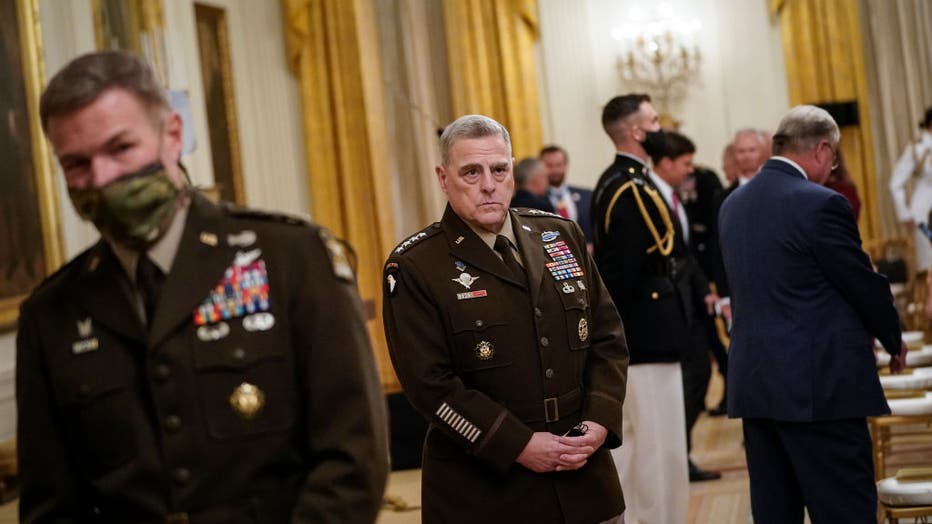 Chairman of the Joint Chiefs of Staff Gen. Mark Milley (C) arrives for a Medal of Honor ceremony for Sergeant Major Thomas P. Payne, United States Army, for conspicuous gallantry in the East Room of the White House on September 11, 2020 in Washington

The memo said, "Any act to disrupt the Constitutional process is not only against our traditions, values and oath; it is against the law."

The memo made no direct mention of military members having participated in last week’s insurrection.