During the White House COVID-19 press conference on Wednesday, health experts outlined plans for COVID-19 booster shots, not just for immune-compromised individuals, but for fully vaccinated individuals as well.

WASHINGTON - For people who received a Johnson & Johnson COVID-19 vaccine, the details are not yet clear on the need for a booster shot — though officials say it’s "likely."

U.S. health officials this week announced recommendations that all Americans who received the Moderna or Pfizer two-dose vaccine get a booster shot eight months after their second dose, which could begin in September pending authorization from the U.S. Food and Drug Administration and a sign-off by the Centers for Disease Control and Prevention.

The announcement comes amid the surging delta variant, which has fueled a concerning uptick in new virus cases and record hospitalizations nationwide. U.S. officials also said it is "very clear" that the vaccines’ protection against infections wanes over time.

Officials added that 14 million people who have received the single-dose J&J shot will also probably need the extra dose at some point, but data is still being collected in order to decide.

The J&J vaccine rollout didn't start until March, several months after Pfizer and Moderna vaccinations began, resulting in the delayed data collection. The J&J shot is also made differently, and there's more data about how the mRNA Pfizer and Moderna vaccines fare against delta because they’re more widely used in countries where the variant struck before its U.S. surge. 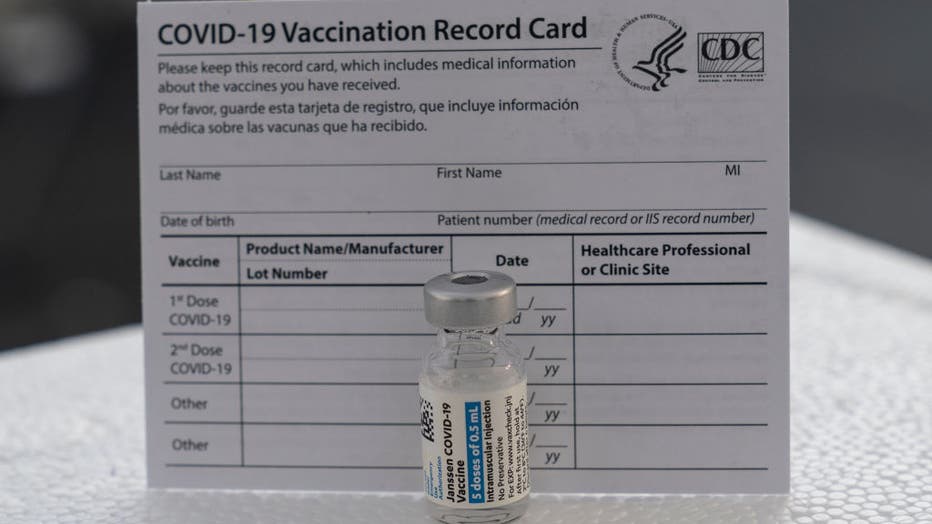 In the meantime, all the vaccines currently being administered in the U.S. — including the J&J vaccine — are still doing their job of preventing hospitalizations and deaths from COVID-19, researchers say.

"I don’t think there’s any signal that the J&J vaccine is failing at its primary task," said Dr. Amesh Adalja, an infectious disease specialist at the Johns Hopkins Bloomberg School of Public Health.

There also has been some real-world data showing J&J’s shot holds up against the delta variant. A huge study of health workers in South Africa showed the vaccine remains highly effective against hospitalizations and death from the variant, and the vast majority of so-called "breakthrough" infections in vaccinated people were mild.

J&J has also presented lab data on virus-fighting antibodies that indicate its vaccine protects against the delta variant for eight months and counting. Another small lab study has raised questions about whether a two-dose approach would work better, an option J&J is studying.

A separate issue is whether people with severely weakened immune systems should get extra shots as part of their original vaccinations since they don't respond as well to any vaccines.

The U.S. government now recommends a third shot of the Pfizer or Moderna vaccines for organ transplant recipients, cancer patients and others in this group. But it's still collecting data before making a similar recommendation for another dose of the J&J vaccine.