(FOX NEWS) -- After news spread that the Italian innovation firm Isinnova successfully saved lives by 3D printing ventilator valves for its local hospital, CEO Cristian Fracassi and engineer Alessandro Romaioli fielded all sorts of calls from around the world.

Many 3D-printing companies wanted to join in and help. Several countries wanted to use similar technology for their populations. But, one call started a whole new project for Isinnova’s staff in Brescia, in northern Italy. 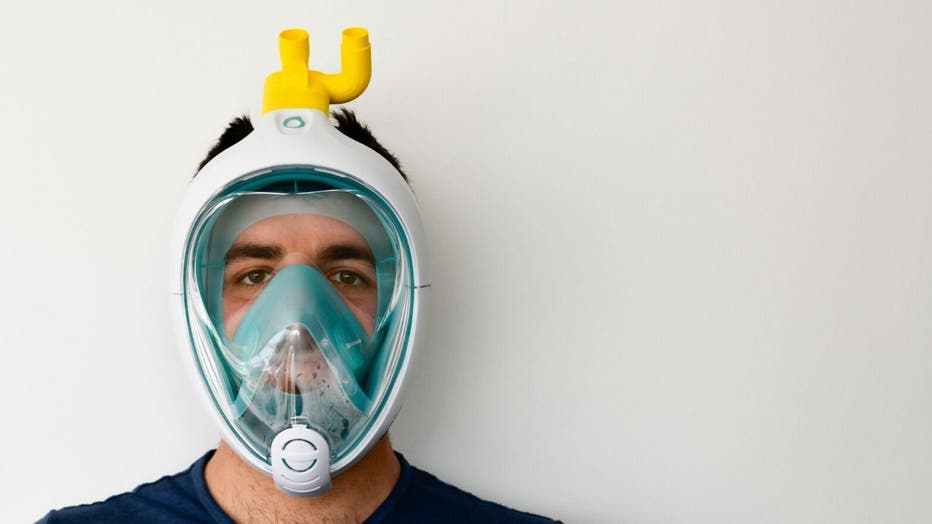 Renato Favero, a retired physician, got in touch with Fracassi and Romaioli by contacting a doctor at the Chiari hospital where the ventilator valves were used.

Dr. Favero explained that he was aware of the shortage of Continuous Positive Airway Pressure masks, also known as CPAP, for sub-intensive care patients suffering from COVID-19. According to the National Heart, Lung and Blood Institute’s website, CPAP “is a treatment that uses mild air pressure to keep your breathing airways open” and “involves using a CPAP machine that includes a mask or other device that fits over your nose or your nose and mouth, straps to position the mask, a tube that connects the mask to the machine’s motor, and a motor that blows air into the tube.” 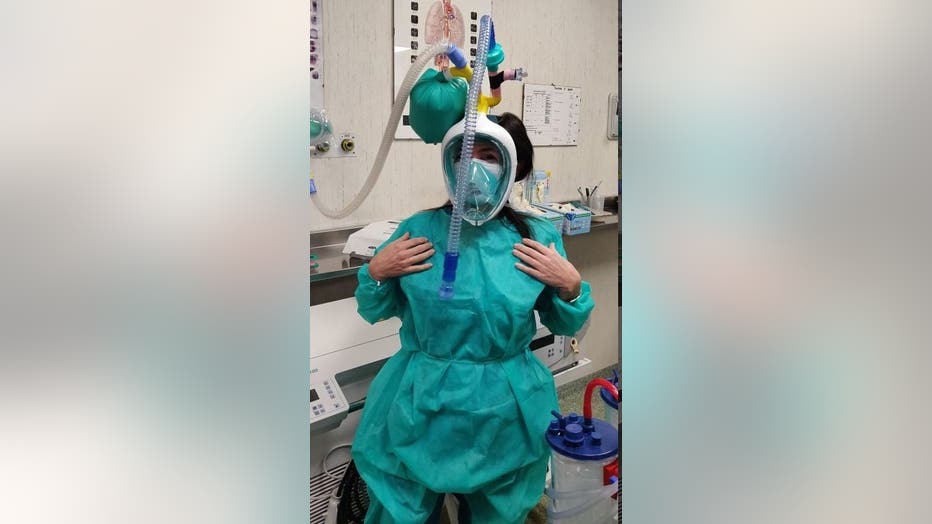 Speaking with Fox News, Romaioli said that Favero proposed an idea: making an “emergency ventilator mask” by modifying a snorkeling mask that was available to the public. The teams contacted Decathlon, the French sporting goods retailer, about the Easy Breath Surface Snorkeling Mask. Isinnova said that Decathlon immediately provided the 3D computer-aided design for the mask, so the engineers could easily evaluate what modification could be made.

Unlike the full ventilators, that breathe both in and out for a patient, Romaioli explained that these CPAP machines regulate the pressure and level of oxygen that go into the lungs.

From start to finish, the project took only three days, Romaioli said, after analyzing, measuring, 3D printing and testing various options. “We had to do it very quickly because it was a matter of saving lives. We didn’t do it as a usual project, where we would have had time to check it three, four times,” he said. “We just had to do it as quick as we could." 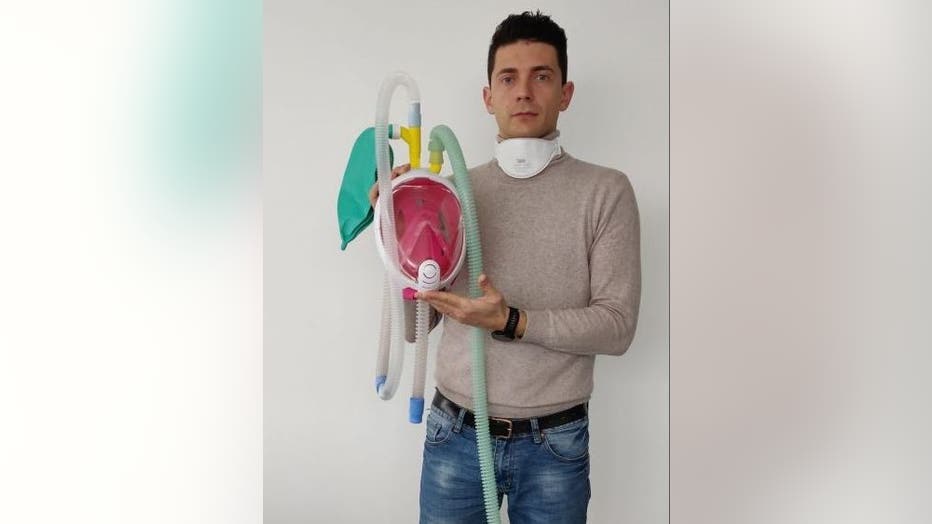 The first test was on Romaioli himself. He put the mask on, so that they could determine if the alterations to the snorkel mask had worked.

“I was healthy, so it wasn’t a real test, but before putting on a sick patient, they had to test it on someone else who wasn’t at risk,” Romaioli shared. After that initial test went well, they took the prototypes to the same Chiari hospital where they provided 100 3D-printed ventilator valves. Doctors tested the re-worked mask on multiple patients, to be sure that it could be useful.

They printed about 50 of the pieces needed to alter the mask into a CPAP machine, but Isinnoa pointed out that many other 3D-printing companies joined the fight, and all told about 1,000 new machines were created.

Isinnova has updated its website with a full page of information in English and Italian, including 3D designs and guidance on creating and using these snorkel masks turned breathing devices. 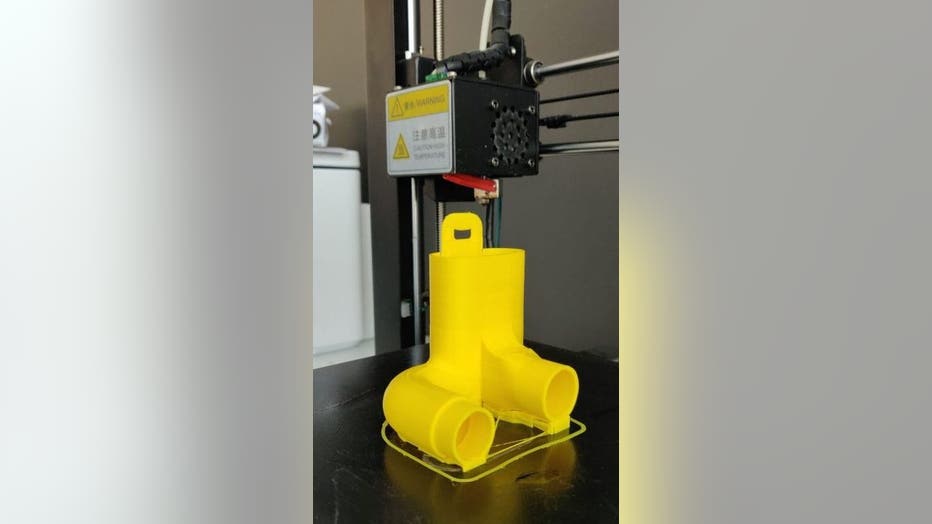 A 3D-printed piece for the modification of the mask. (Isinnova)

The company has heard from volunteers and doctors in Canada, Brazil and South Korea about how this redesign has started to save lives.

“The feedback has all been positive, not because it’s the biggest therapy in the world, but because they can apply some therapy to people that they haven’t been able to help before,” Romaioli said. “All hospitals are going to run out of breathing masks, biomedical or certified, but these homemade masks can treat some patients that they couldn’t before.”

He added, “We feel proud, because as before, we feel that we did something good.”

And as for the hard-hit town in northern Italy that has suffered so much under the coronavirus pandemic, Romaioli said, “We’re starting to hope.”