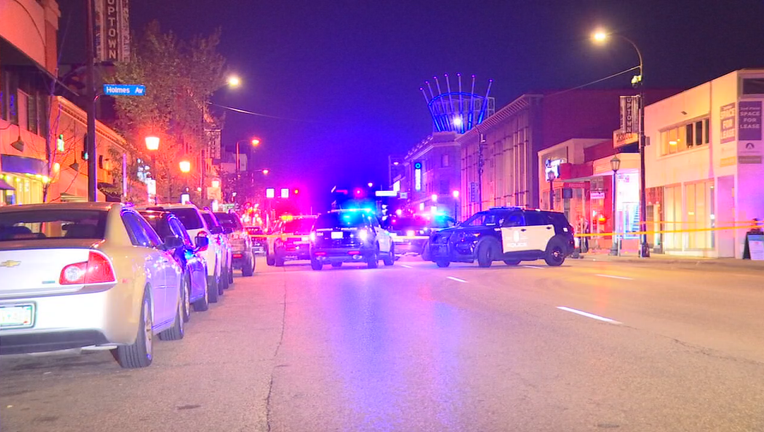 Police responded to a shooting that left two bystanders injured in Uptown Minneapolis on Sept. 18.

MINNEAPOLIS (FOX 9) - One of the victims of a Sept. 18 shooting in Uptown says she’s traumatized, nine days after she was shot walking down West Lake Street.

Lena Lu, 24, was with a group of friends Saturday when shots rang out. They were on their way to a bar to celebrate a friend’s birthday when she and another person were hit by stray bullets.

24-year-old Lena Lu was with a group of friends Sept. 18 when shots rang out. They were on their way to a bar to celebrate a friend’s birthday when she and another person were hit by stray bullets.

"I’ve definitely had a lot of panic attacks lately," Lu said. "The fact that they could just open fire in a public street, careless of anybody else in the area, it’s hard to process."

Police say the shooting occurred just before midnight, and that several businesses were damaged as well. Lu and her friends are not believed to be the intended targets of the shooting.

"Our friend was already screaming, ‘I got shot,’ and I could see him, and all I could see was his bloody leg," Lu said.

A bullet went right through her friend’s calf, and another hit her just below the tailbone, lodging into her pelvis. Lu was rushed to the hospital where she would stay overnight.

A Minneapolis Police spokesperson said Crime Scene investigators processed the scene that night, and it remains an open investigation. They have yet to make any arrests in the case.

The couple said they had heard reports of crime surges in the area, but didn’t think they were at risk.

"We knew it was not a great time to be in uptown but we figured we’ve been a thousand times, what's one more time," she said.

"To think that this is reaching these neighborhoods is scary," said Lu’s boyfriend, who was also there that night. He says he does not feel safe returning to the area.

"We’ve always seen so many cops around on a Saturday night; nights that it’s busy, there’s always cops on every street, and this night there weren’t any."

A GoFundMe page has been set up for Lu.