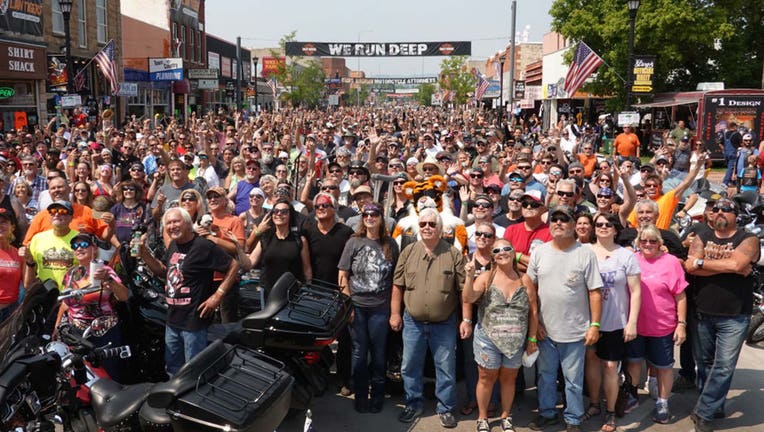 SIOUX FALLS, S.D. (AP) - Rumbles from the motorcycles and rock shows of the Sturgis Motorcycle Rally have hardly cleared from the Black Hills of South Dakota, and the reports of COVID-19 infections among rallygoers are already streaming in - 178 cases across five states, according to contact tracers.

In the three weeks since the rally kicked off, coronavirus cases in South Dakota have shot up at a startling pace - sixfold from the early days of August. While it is not clear how much rallygoers spread the virus through secondary infections, state health officials have so far reported 63 cases among South Dakota residents who attended the event.

Meanwhile, the epicenter of the rally, Meade County, has become red-hot with new cases, reaching a per capita rate that is similar to the hardest-hit Southern states. The county reported the highest rate of cases in the state over the last two weeks, according to Johns Hopkins researchers.

The Black Hills region's largest hospital system, Monument Health, warned Friday that it has seen hospitalizations from the virus rise from five to 78 this month. The hospital was bracing for more COVID-19 patients by converting rooms to intensive care units and reassigning staff.

Virus cases were already on the rise when the rally started, and it's difficult to measure just how much the Sturgis Motorcycle Rally is to blame in a region where local fairs, youth sports leagues and other gatherings have resumed.