“I’m here today to ask you to make it stop. Stop the pain,” Philonese Floyd said.

MINNEAPOLIS - A video posted on social media shows one of the former Minneapolis police officers charged in the death of George Floyd being confronted at a grocery store after being released on bail.

J. Alexander Kueng, who was charged with aiding and abetting in Floyd's death, was apparently shopping for groceries at a Cub Foods store when he was recognized and confronted by a woman, who recorded their encounter.

“So you’re out of prison and comfortably shopping in Cub Foods, as if you didn’t do anything?” the videographer says.

The woman tells Kueng she doesn’t think he should be out on bail. 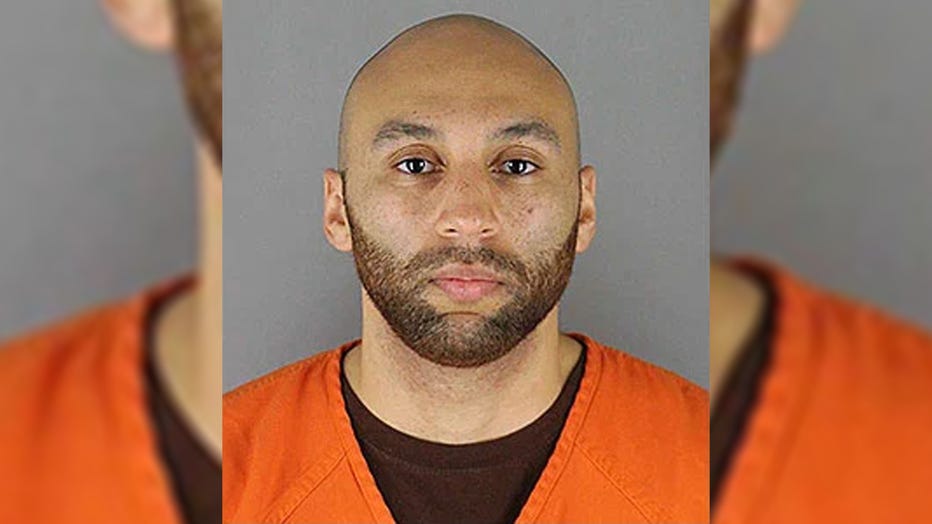 The woman then tells Kueng he doesn't "have the right to be here" and criticizes him for "comfortably shopping" after being released from jail.

“You killed somebody in cold blood. You do not have the right to be here,” she says at one point. “Do you feel any remorse for what you did?”

“I’m just going to grab my stuff and get out of here,” Kueng says, keeping his responses short.

The 2 minute, 20 second video continues as the woman informs others in the store of his identity.

“You will be going back to jail,” she says, while asking how he got the money to secure bail.

Video of the interaction had been viewed more than 3.5 million times since being posted June 21.

Kueng was released June 19 after posting the $750,000 bail, according to online records. In addition to Derek Chauvin, Tou Thao and Thomas Lane, Kueng was one of the officers who responded to the call on May 25 about the alleged use of a counterfeit $20 bill at a grocery store.

Widely-seen bystander video captured Floyd lying face down on the street while Chauvin pressed his knee into Floyd's neck for several minutes. Floyd could be heard complaining that he couldn't breathe before going limp.

All four officers were fired by the Minneapolis Police Department after Floyd's death.

Chauvin was charged with second-degree murder in the case, while Lane and Thao were also charged with aiding and abetting. Lane was released on bail June 10. Both Thao and Chauvin remain behind bars.