House speaker Nancy Pelosi met with Pope Francis and received communion from a priest during a papal mass in Rome.

ROME - U.S. House Speaker Nancy Pelosi met with Pope Francis on Wednesday and received Communion during a papal Mass in St. Peter’s Basilica, despite her position in support of abortion rights.

Pelosi attended the morning Mass marking the feasts of St. Peter and St. Paul, during which Francis bestowed the woolen pallium stole on newly consecrated archbishops. She was seated in a VIP diplomatic section of the basilica and received Communion along with the rest of the congregants.

She was seated next to her husband, Paul Pelosi, 82, who was charged last week with two misdemeanor counts of driving under the influence in Napa County.

Pope Francis seldom distributes Communion, but he did give Pelosi a blessing.

Pelosi has done neither.

She called the recent Supreme Court ruling removing constitutional protections for abortion an "outrageous and heart-wrenching" decision that fulfils the Republican Party’s "dark and extreme goal of ripping away women’s right to make their own reproductive health decisions."

And she has spoken openly and knowledgeably about the Catholic faith, including at a diplomatic reception at the residence of the U.S. Embassy to the Holy See on Tuesday evening marking Independence Day. 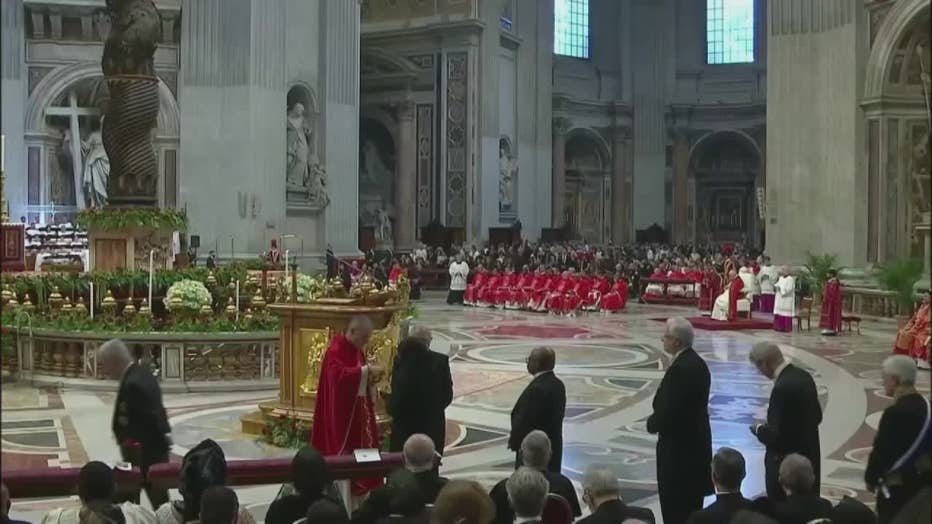 A Communion ceremony in Rome where Nancy Pelosi received the sacrament. June 29, 2022 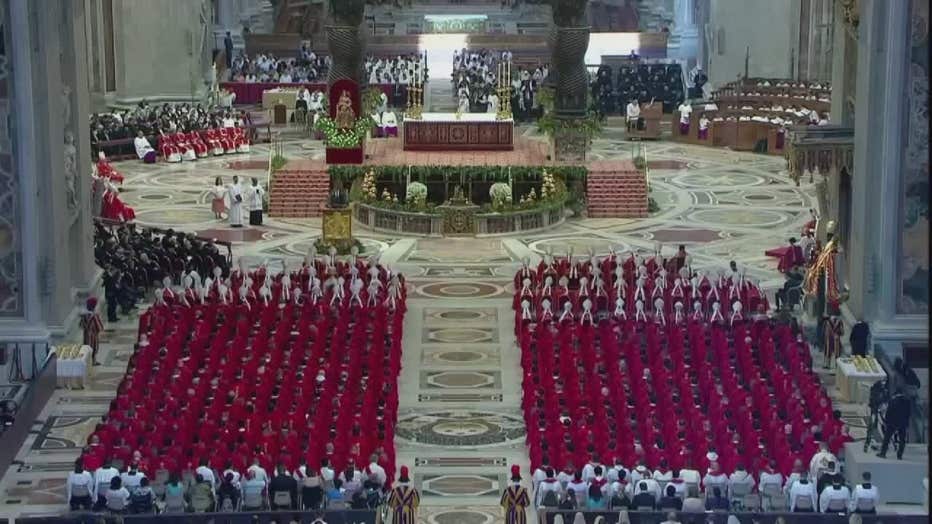 Communion ceremony in Rome where the Pelosis attended. June 29, 2022 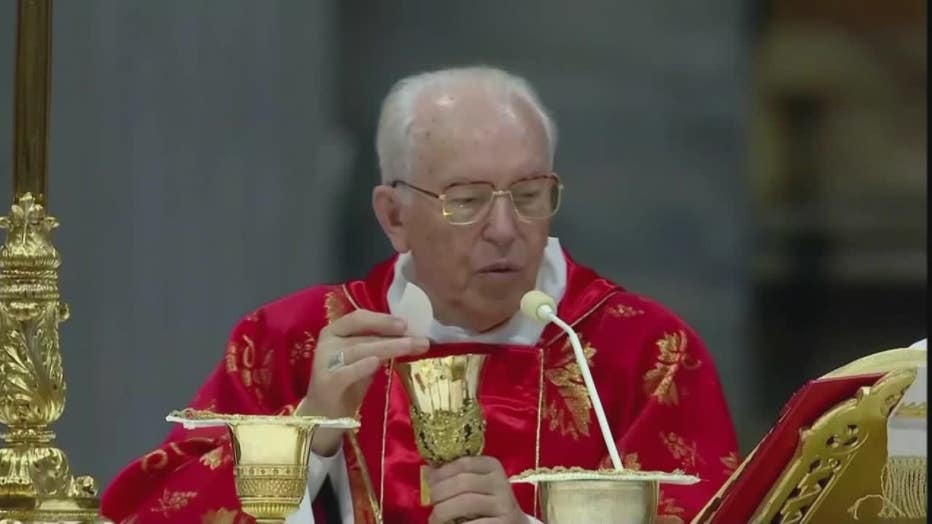 KTVU in Oakland contributed to this report.