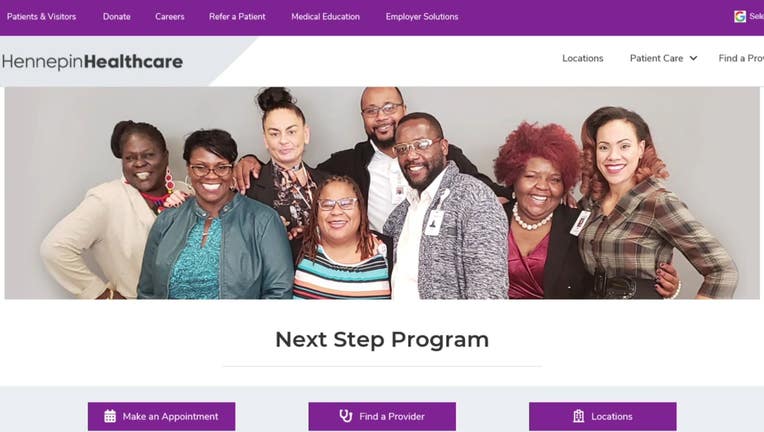 The Next Step Program is a hospital-based program that helps young people impacted by gun violence.

MINNEAPOLIS (FOX 9) - The recent gun violence in the Twin Cities has caused another side effect: programs that help those victims are very busy. One violence intervention program based at two metro hospitals had to take a drastic measure to catch up with their work.

The Next Step program got so busy, they had to shut down in October to catch up on their training. The program helps young victims of violence, who are brought to Hennepin County Medical Center and North Memorial Medical Center, get connected to resources.

The recent gun violence in the Twin Cities has caused another side effect: programs that help those victims are very busy. One violence intervention program based at two metro hospitals had to take a drastic measure to catch up with their work.

For Jasmine Bledsoe, a summer block party in August 2017 in north Minneapolis turned into a day she would never forget.

“It was me, my son, and my daughter,” said Bledsoe. “I was holding him on my waist and we were watching the performer.”

The family friendly event then turned into a nightmare.

“A shot went off and it grazed my son’s leg and it went in my thigh and everyone ran including me, and I didn’t know I was hit until someone stopped me and told me I was hit,” said Bledsoe.

She was taken to Hennepin County Medical Center for treatment.

“Thankfully, it didn’t hit any major arteries or anything and then that’s when I met Next Step,” she said.

It was the first she heard of the program, but in the coming months and years, Next Step would be crucial to her and her family’s healing.

“They helped with everything – diapers, food, anything I needed,” said Bledsoe.

Next Step began in 2016 as a way to help young victims of violence connect with resources to help in their recovery to help keep them from becoming victims again.

That’s exactly what the program has done for Harold Hill, who was shot in his leg last year.

“It changed my perspective and it change the way I look at life,” said Hill.

Right now, the work of Next Step is more important than ever.

“We think, unfortunately, because there’s been so much more violence there’s going to be more of a need for this kind of work,” said Jones.

What they’re able to do to help those victims – is paying off.

“Only 3 percent of the young adults we work with come back with a re-injury,” said Connie Rhodes, a Next Step Program supervisor.

“I don’t think I would have been able to go through this recovery without them,” said Bledsoe.

Next Step leaders told FOX 9 they’ve worked with more than 350 young victims of violence since 2016. They hope to eventually add to their staff and would like to also be able to get into schools and talk to young people about ways to prevent violence and keep young people out of the hospital.