A Delta flight attendant hopes to reunite a wayward stuffed cat with its owner with the help of the public and a dash of holiday magic.

ATLANTA - A Delta flight attendant hopes to reunite a wayward stuffed cat with its owner with the public’s help and a dash of holiday magic.

Fabiola Isabel, 27, has been working as a flight attendant for Delta Air Lines for nearly two years. In those two years she’s seen all sorts of children boarding flights, some of which are absolutely delighted to be traveling — and some who are not so keen on the idea.

And for some of those nervous children, Isabel often sees them clutching an item that gives them comfort, "because flying is a weird thing," according to Isabel. 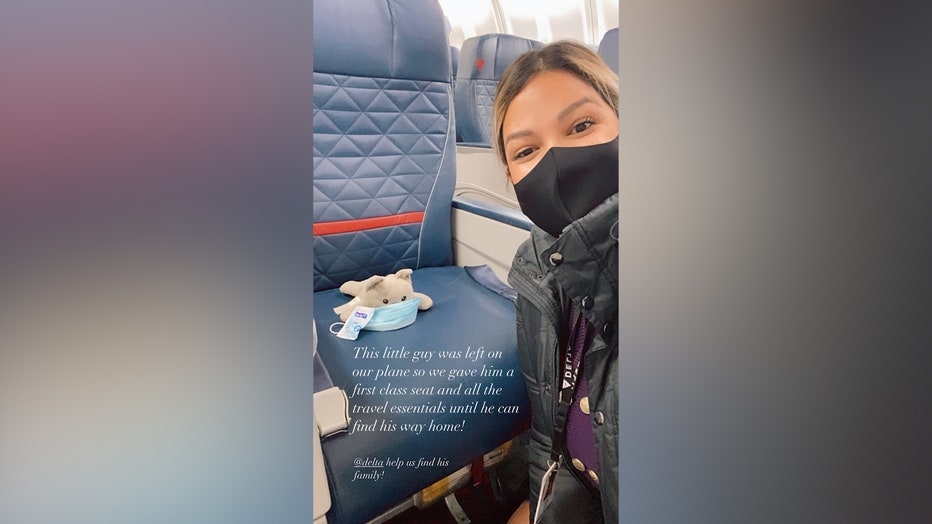 On Dec. 16, during one of her last few flights for the day, Isabel found a stuffed cat all alone on the jet bridge while disembarking. Before handing it off to the gate agent, the gears started to turn in her head about what she could do to help.

The flight number was DL 1330, traveling from Kansas City to Atlanta, according to Delta.

Isabel decided to post a few photos to her Facebook page on the off chance someone would share it and potentially reunite this stuffed cat with its owner. 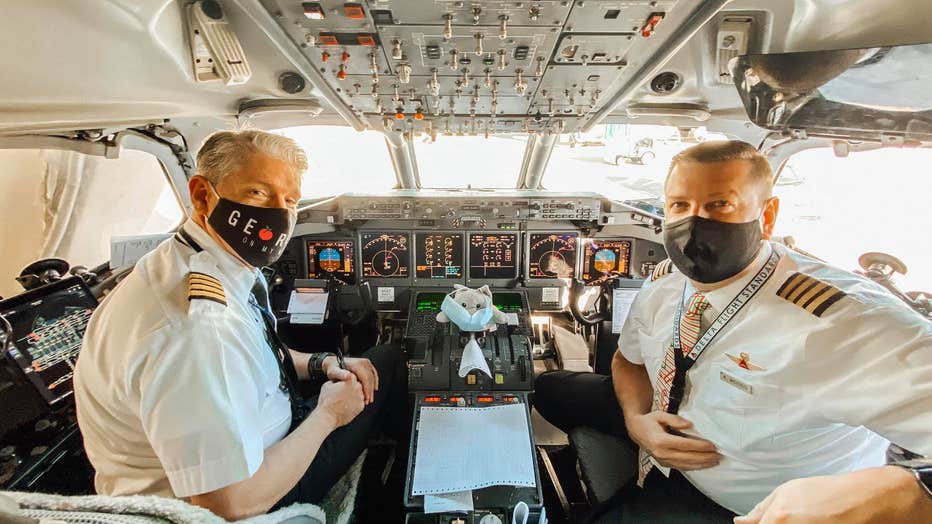 Isabel posed the cat alongside some of her fellow crew members and even put a mask on the doll next to a Purell sanitizer wipe to assure the owner that it was being protected and well taken care of.

"It’s in a little baggie so it doesn’t get contaminated or dirty," Isabel said.

Isabel posted the photos not thinking they would get much attention, but luckily for her, a few people shared the post, which then garnered more attention, eventually leading to more than 1,200 shares on Facebook.

"I didn’t think much of it but every once in a while I would hear, ‘Oh, did you read about that post’ and ‘Everyone has been seeing it around Facebook,’" Isabel continued. "It brings a little joy and it’s great and it’s exciting to hear people asking about it."

And while they have not heard back about the doll, Delta has been contacting passengers who were aboard that flight in an attempt to find the stuffed cat’s owner.

Having traveled a lot when she was younger, Isabel believes it’s important for kids, especially those who are nervous about flying, to have that extra comfort with them, whether it’s a blanket or a stuffed cat.

"I grew up in a military family and I traveled regularly from Japan to Puerto Rico as an unaccompanied minor, and having a little piece of home and having that security when they travel is important for a kid," Isabel said. "Kids aren’t used to that. I think it’s so important to get a piece of home, make that person aware that even though they went on this adventure, it made its way home."

Isabel hopes that a Christmas miracle will help reunite the owner with the doll.

This is not the first time Delta has reunited a lost doll with its young owner.

Back in November, a concerned father who had traveled with Delta noticed his son, Xavier, who has autism, had lost his beloved stuffed monkey on a flight from Nashville to Atlanta.

The father frantically tweeted at the airline, hoping someone could help him get the doll back, and sure enough, the Delta Customer Engagement Center saw the tweet and started to coordinate an effort to find the doll, according to a Delta news release.

With the help of the baggage team in Nashville, Xavier was reunited with his well-loved monkey in no time at all.

Anyone who may have information concerning the lost cat doll can contact Delta Air Lines at media@delta.com.