Hermantown plane crash: Homeowners say plane missed them by a matter of feet

A small plane crashed into a home in Hermantown, Minnesota, late Saturday night, killing all three occupants: two men from Burnsville and a woman from St. Paul, all of whom were in their early 30s, according to authorities.

HERMANTOWN, Minn. (Fox - A small plane crashed into a home in Hermantown, Minnesota, late Saturday night, killing all three occupants: two men from Burnsville and a woman from St. Paul, all of whom were in their early 30s, according to authorities.

The Cessna 172 disappeared from radar just before midnight, and first responders located the wreckage on the 5100 block of W Arrowhead Road, according to a press release from the City of Hermantown.

The plane had hit the second floor of a home, leaving a large hole in the roof and side of the building, before it crashed in the backyard.

No one was hurt in the home. 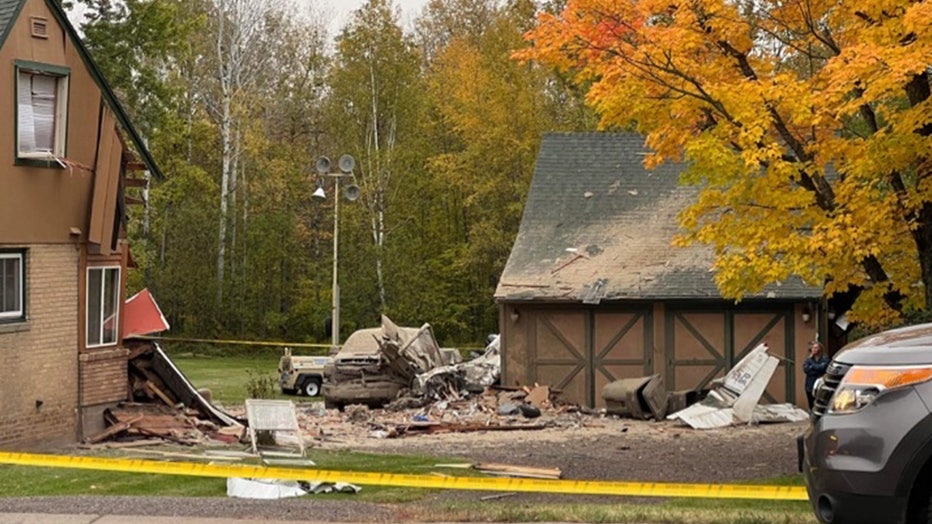 A Cessna 172 crashed into a home in Hermantown, Minnesota just before midnight on Saturday. The residents of the home were not injured, but all three occupants of the plane died in the crash. (Image courtesy of FOX 21)

The Federal Aviation Administration (FAA) and the National Transportation Safety Board (NTSB) are investigating the crash site. 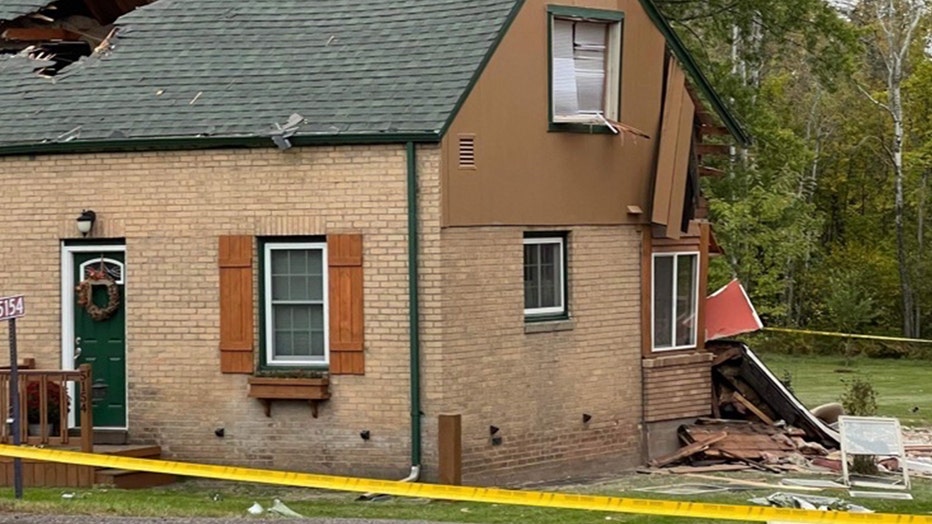 Homeowner speaks after a narrow miss

Sunday, FOX 9 heard from the homeowner who was inside the northern Minnesota house when it was struck by the plane late Saturday night.

"I don't think we've come to grips with it just yet," said Jason Hoffman. "It kind of comes and goes, a little bit of shock."

The plane ripped through the second-floor bedroom of Hoffman's brick home where he and his wife were sleeping, missing them only by inches. 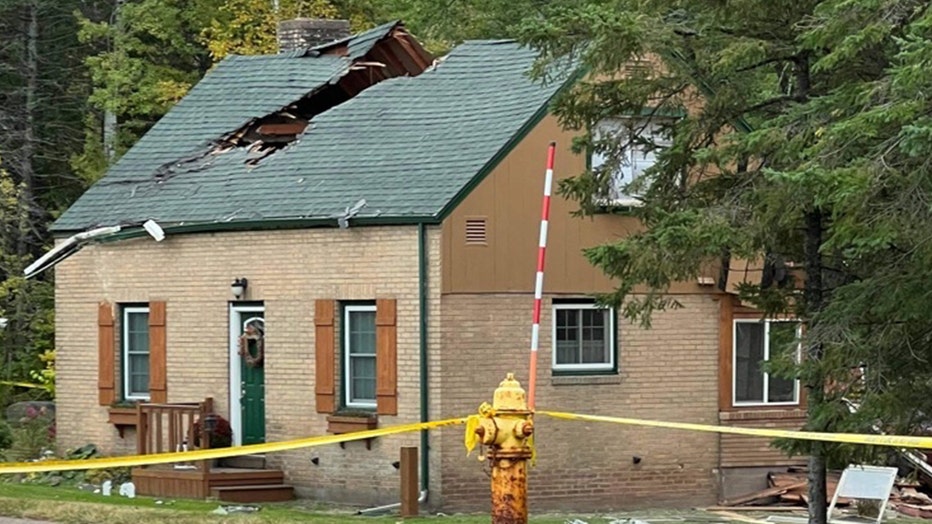 A plane crashed into the second floor of a home on the 5100 block of W Arrowhead Road in Hermantown, Minn., killing the three people on board. (Image courtesy of FOX 21)

Remnants of the plane were left in his backyard, including a tail end, a battered wing, and a ruined engine.

"Every time I think about the folks that passed away, it's gutwrenching," said Hoffman. "I found a flashlight and as soon as I turned the flashlight on I realized there was no roof left on the house so that’s when we started seeing some airplane parts that were in our bedroom."

"Thinking about all the ‘what if’ can drive you mad," he added. "So, my wife and I, we just have to accept what happened, and we're fortunate."