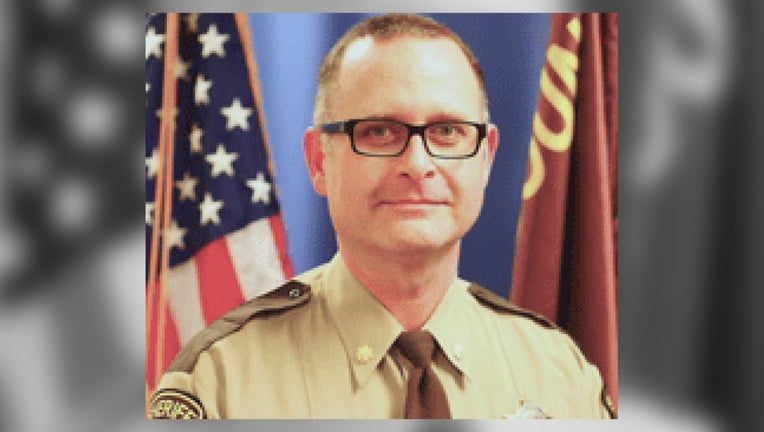 According to a message sent Wednesday, Bob Staupe has resigned from his position of major following the incident.

(FOX 9) - A high-ranking member in the Hennepin County Sheriff's has resigned from his post after his county-issued SUV was found abandoned in a ditch in rural Wisconsin.

Around 10 p.m. Saturday night, a Burnett County, Wisconsin Sheriff’s deputy came upon a vehicle in a ditch in the Rusk Township -- more than 100 miles away from Hennepin County. It turns out that vehicle was an unmarked sheriff’s squad SUV belonging to one of Hennepin County’s top commanders, a law enforcement veteran by the name of Bob Staupe.

A high-ranking member in the Hennepin County Sheriff's has resigned from his post after his county-issued SUV was found abandoned in a ditch in rural Wisconsin.

Wednesday evening, FOX 9 sources confirm Staupe has voluntarily taken a demotion as an internal investigation is underway to determine how and why his vehicle was found unoccupied so far away. Sources also confirmed that a bottle of alcohol was located in the abandoned vehicle, too.

Staupe is the subject of an internal sheriff’s office probe into the circumstances surrounding his apparently abandoned county-issued squad found over the weekend. Online searches indicate Staupe owns property near where the SUV was found.

The Burnett County Sheriff’s deputy who spotted the vehicle had it towed. Wisconsin authorities determined it was registered to Hennepin County. Sources tell FOX 9 there was no damage to the vehicle when it was returned to Minnesota and no one was arrested at the scene.

The Hennepin County Sheriff’s Office has so far declined to answer FOX 9's questions citing its investigation. However, FOX 9 has learned that on Wednesday Staupe submitted a letter of voluntary demotion from his appointed position of major and returned to his classified rank of sheriff’s lieutenant in the professional standards division.

It was also announced that now-Lieutenant Staupe is on personal leave from the agency.

As the investigation is underway, it's still unclear why the major was driving his county-issued SUV so far from Hennepin County and if he violated policies connected to his take-home vehicle. It's also not clear if there was any sensitive law enforcement technology or weaponry inside the abandoned SUV.

I am aware of the incident that occurred in Burnett County, Wisconsin involving one of our vehicles. We have launched an internal employment investigation into this incident. Because the matter is under investigation, I hope people understand that I cannot comment any further.