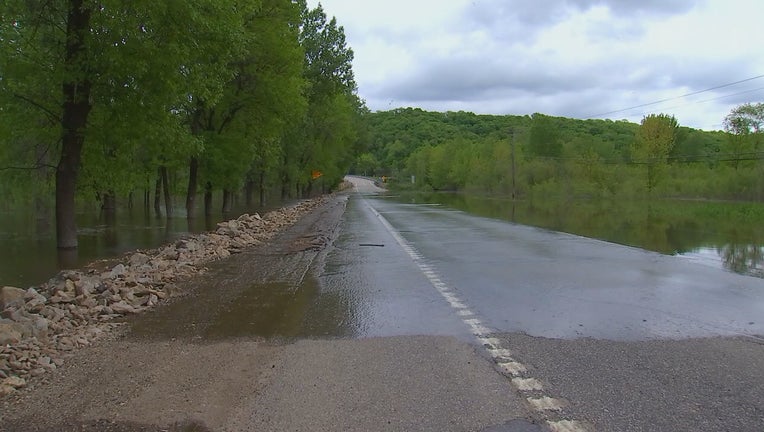 Flooding in Henderson caused road closures for much of the spring and part of the summer in 2019.

Rising water levels from the Minnesota River forced the small community to essentially shut down during the busy summer and spring months.

The Mayor of Henderson, Minnesota is calling for $20 million for a proposed flood mitigation project after the city was hit by significant flooding this summer.

Lisa Von Lehe co-owns Heart of Henderson, a charming vintage and gift shop, in downtown Henderson. Her business features local vendors and other handmade items, often drawing in tourists looking for something unique.

“It’s our whole lives and you’d be amazed at how many people come through this town for all the different festivals and events. Our Tuesday night roll-in’s through the summer, there are tons of people—thousands will come in,” said Von Lehe.

This summer, however, was different. Constant flooding in the area forced the major roadways into town, like Highway 93, to close. In fact, the high water levels from the Minnesota River basically forced the community to close for 62 days. The city says that added up to $93,000 lost per day and that doesn't include economic costs.

“When the roads are closed, people don’t come, and when they don’t come they don’t spend money, and if we don’t make money, we fail eventually,” said Von Lehe.

Tuesday, members of the Senate Capital Investment Committee met with local leaders as part of their bonding tour. Henderson Mayor Paul Menne is requesting $20 million for a flood mitigation proposal from the state.

“Our request is to take Highway 93 - which is basically the road that connects us to our sister city Le Sueur, which is a consolidated school district - and raise it up between 7 and 8 feet, which would bring it up out of the floodplain and allowed continued access even during flooding events,” said Mayor Menne.

He says Henderson is the last out of 14 projects along the Minnesota River to be done. Locals hope their concerns will finally be heard.

“Something needs to be done if Henderson wants to survive,” said Mayor Menne.

If the funding is passed in the Legislature, city leaders say they are ready to go on the construction.