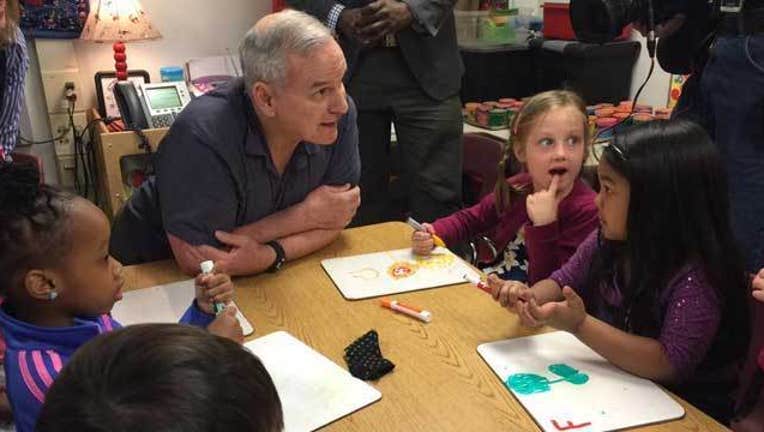 A day after Gov. Mark Dayton went to a preschool class for 4-year-olds in St. Paul, he hammered legislative leaders for not supporting universal preschool.

Dayton wants to spend $343 million for universal pre-K and scholarships. He believes it would get 47,000 young students get ready for kindergarten.

But legislative leaders didn't even include universal pre-K in their budget proposals.

"The House is zero, the Senate is zero," Dayton told reporters. "I consider that, A, unacceptable, and B, insulting."

It's not that the Republican House is doing nothing. Leaders in that chamber propose a smaller package of preschool scholarships to students from low-income families.

"I just don't think that taxpayers see the value in spending hundreds of millions of dollars," she said.