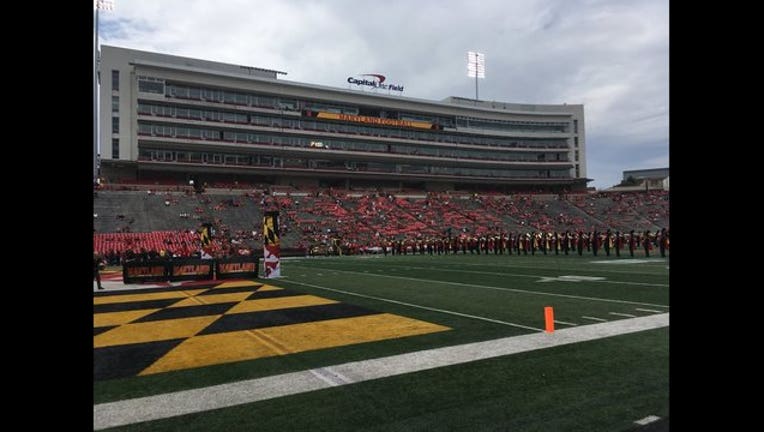 Ty Johnson had an 81-yard TD run for the Terrapins (3-1, 1-0 Big Ten), who looked nothing like the team that lost badly to Temple last week.

And Minnesota (3-1, 0-1), without a doubt, hardly resembled the squad that had bullied three straight nonconference foes at home.

Maryland is also adjusting to a big change in the coaching staff. Head coach DJ Durkin is on administrative leave during an external investigation of the football program, and offensive coordinator Matt Canada has assumed the job of interim coach.

After taking the blame for the loss to Temple -- a 35-14 embarrassment -- Canada deployed an offense against Minnesota that rolled up 432 yards.

Effectively mixing the pass and run, Maryland led 14-0 after 11 minutes, increased the margin to 18 points shortly after halftime and took a 35-13 lead into the fourth quarter.

Against Temple, the Terrapins didn't score a touchdown on offense. The Owls jammed the line of scrimmage to choke the running game, and Maryland quarterback Kasim Hill threw for 56 yards and was intercepted once.

Minnesota freshman Zach Annexstad completed 14 of 32 passes for 169 yards and was picked off twice. Watson's 36-yard interception return made it 28-10, and a 64-yard touchdown run by McFarland later in the quarter essentially clinched it.

Maryland showed immediately that this game was going to be different than the last one, passing on the opening play and putting the ball in the air three times during its initial possession. Hill went 3 for 3 and ran for 2 yards on a fourth-and-2 during a march that ended with a 26-yard touchdown run by McFarland.

After a field goal by Minnesota, Hill was an instant away from being tackled when he flipped a short pass to DJ Turner, who turned it into a 54-yard score.

Minnesota: A team with 52 percent freshmen finally showed its youth and inexperience. It became apparent early that the Gophers' bid to go 4-0 for the first time since 2013 was not going to happen.

Maryland: It's hard to figure out the Terrapins. Was this really the same team that finished with 195 yards (63 passing) against Temple?

Minnesota: After a bye next weekend, the Gophers host Iowa for homecoming on Oct. 6.

Maryland: Following a bye next week, the Terrapins resume play on Oct. 6 at Michigan.