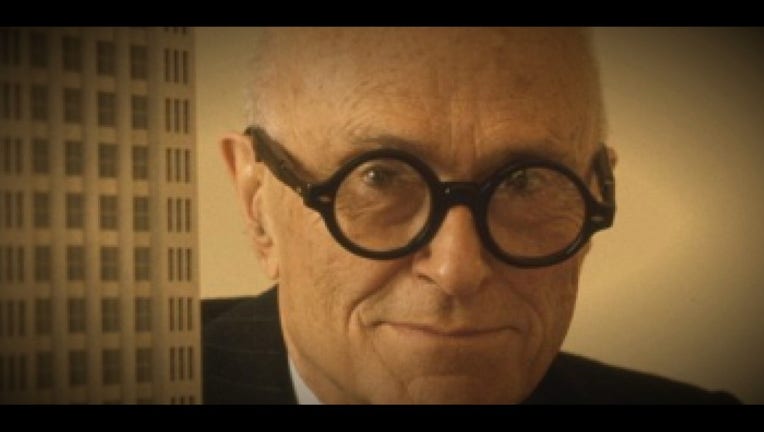 The architect of the IDS Center, Philip Johnson, was a Nazi sympathizer, reports show.

(FOX 9) - Nearly 50 years ago, the IDS Center became the star of the Minneapolis skyline. At 57-stories it remains the city’s tallest building.

For the man who designed it, architect Philip Johnson, it was also a breakthrough.

Philip Johnson, the architect who designed the IDS Center in Minneapolis, had Nazi sympathies and fascist leanings.

Johnson was already one of the most famous architects in America for his ‘Glass Houses,’ but the IDS Center placed him in the stratosphere of so-called "starchitects," sought after by corporate clients to build signature skyscrapers around the world.

He was going to make it after all.

"That was a big project for him, and us," said St. Thomas professor Victoria Young, president of the Society of Architectural Historians.

Today, those words haunt his legacy.

"We can’t sugar coat it.  He was quite simply a devoted fascist for eight years," said historian Marc Wortman, who included Johnson in his book, "1941:  Fighting the Shadow War," which traces America’s entry into World War II.

As a younger man in his late 20s and early 30s, Johnson traveled extensively in Germany before the war. He attended Hitler Youth rallies in Germany in 1936, meeting with Nazi propagandists.

As a reporter for Father Charles Coughlin’s fascist paper, Social Justice, he covered the Nazi invasion of Poland in 1939.

In dispatches he wrote: "We saw Warsaw burn… it was a stirring spectacle." He blamed the invasion on those "…who always gain power in a nation’s time of weakness, the Jews."

"He appreciated that Hitler was reshaping the world and would need architects to help design it. He thought there was a grandiose aesthetic that spoke to him as he was crafting something known as the international style," Wortman said.

Johnson was also eager to import fascism to America. He attempted to start a nationalist party, the Grey Shirts, and worked with such anti-Semitic figures as Huey Long and Fr. Coughlin.

"He envisioned himself as an American Fuhrer," said architectural critic Mark Lamster, who wrote a meticulously documented biography of Johnson, "The Man In The Glass House."

Lamster describes Johnson as a chameleon who embodied enormous contradictions. 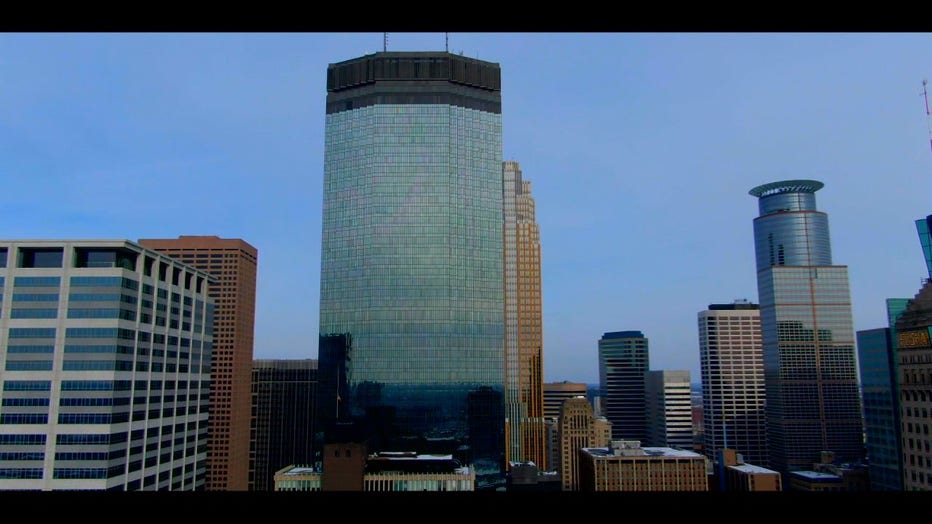 The IDS Center in Minneapolis

Born with a silver spoon to a wealthy Cleveland family, Johnson lived off of a trust fund but railed against the evils of capitalism. Johnson was homosexual but proselytized eugenics.

"The problem with Johnson is he always liked to play both sides of every fence," Lamster said.

There is even discussion in the FBI files of turning Johnson into a confidential informant to identify Nazi spies operating in the U.S. The FBI’s investigation was quietly dropped. Johnson was never indicted, or for that matter, publicly shamed.

"He definitely did apologize and said it was the sorriest episodes of his life," Lamster said.

But Johnson was also able to turn the page in a way few other Americans could, insulated by his connections with the rich and powerful.

"He had second, third, and fourth acts," Lamster said. "His wealth and position helped inoculate him and move past the stain on his life."

Johnson died in 2005, mortality finding him in his most famous creation, the Glass House in Connecticut.

But his obituary in the New York Times ignored Johnson’s most indelible sin. (It was later corrected.)

Even after his death, such was Johnson’s power and influence, that few have been willing to throw stones at one of the most prominent architects of the 20th Century.

That changed last fall, when a group of 30 architects, artists, and academics, known as the Johnson Study Group, excoriated the late architect in an open letter for his, "…widely documented white supremacist views and activities."

The Johnson Study Group demanded Harvard remove his name in reference to the Thesis House, which Johnson built as a graduate student. Harvard now refers to it by its address, 9 Ash Street.

The Johnson Study Group also made similar demands of the Museum of Modern Art (MOMA) in New York City, where Johnson was a long-time curator. The group said in all of Johnson’s years as curator he never featured work from African American architects.

Does it still matter?

The debate over Johnson’s Nazi sympathies and fascist leanings echoes recent controversies over confederate monuments, the removal of John C. Calhoun’s name from Lake Bde Maka Ska, or the quiet erasure of Charles Lindbergh’s name from Terminal One at MSP.

And even though Johnson’s name isn’t on the IDS Center, Steve Hunegs, executive director of the Jewish Community Relations Council, said it still matters.

"It’s part of our landscape, literally, with the IDS Center," Hunegs said.

Hunegs believes accountability is still deeply personal for those who live with the scars of the Holocaust and World War II.

"There needs to be a discussion and explanation of who he was," said Hunegs. "It’s part of an education about who he was and the complexity of life."

Over the years, Johnson tried to make amends for his past.

In the 1950’s, he designed a synagogue outside of New York City, for free. He also designed a nuclear research facility in Israel, where he became friends with Prime Minister Shimon Peres.

The historians interviewed for this story agreed that instead of a contemporary "canceling" of Johnson, there is an opportunity - for the owners of the IDS Center, and the public - to acknowledge his disgraceful history, even as we celebrate his creation.

Accesso, the commercial real estate firm that owns the IDS Center, said in statement, "We have been deeply troubled to learn about Philip Johnson’s past as it has come to light. This is not what our organization or this property stands for – we condemn antisemitism and discrimination in all its forms."

"The IDS Center is a place of inclusion, respect and collaboration, and we will continue to foster the dynamic interactions that make this the central gathering place of Minneapolis," the statement said.

The resurfacing of Johnson’s past comes during a broader reckoning over race and power in America as well concerns about the rise of fascist extremism.

Wortman, the historian who traced the events leading up to World War II, believes Johnson offers a history lesson that is as timely as ever.

"We have never been immune to right wing extremists, and those who don’t believe in democracy and would like to tear down our government and make society in a new order," Wortman said.

He added, "Humans have pasts, and often they’re murky, and some have aspects that are evil."