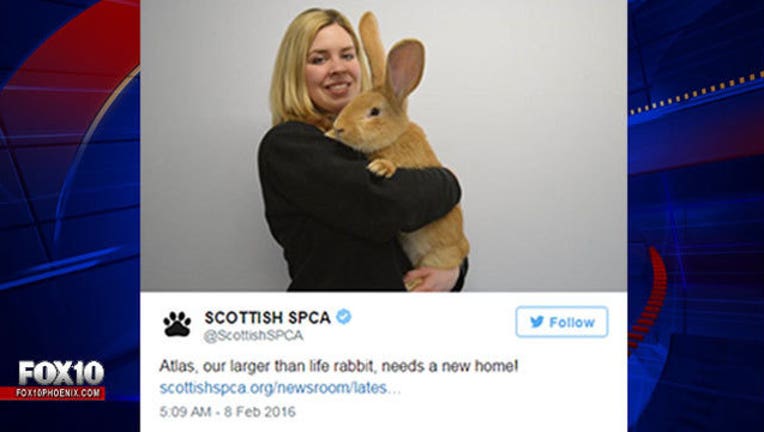 (FOX NEWS) - Animal welfare officials in Scotland are seeking a new home for a giant rabbit.

The larger-than-life bunny, appropriately named Atlas, is a seven-month-old continental giant rabbit. Staff at the Scottish Society for the Prevention of Cruelty to Animals (SPCA) in Cardonald, Glasgow, took Atlas in when his owner could no longer take care of him.

In a statement released on Monday, Anna O'Donnell, manager of the Cardonald SCPA Center explained that the dog-sized rabbit is about the size of a West Highland White Terrier. Atlas, she added, is still young with some growing to do.