During the Jan. 2 phone call, former President Donald Trump repeatedly argued that Brad Raffensperger could change the certified results of the election.

ATLANTA - Georgia’s secretary of state’s office on Monday opened an investigation into a phone call between Donald Trump and the state’s top elections official in which the then-president said he wanted to "find" enough votes to overturn his loss in the state, an official said.

Walter Jones, a spokesman for Secretary of State Brad Raffensperger, confirmed the investigation.

"The Secretary of State’s office investigates complaints it receives. The investigations are fact-finding and administrative in nature. Any further legal efforts will be left to the Attorney General," Jones wrote.

Full call between Trump and Georgia’s secretary of state

FOX 5 Atlanta has obtained the full phone call between the Georgia Secretary of State's Office and President Donald Trump along with several key White House staff.

Trump had refused to accept his loss to Democrat Joe Biden and focused much of his attention on Georgia, a traditionally red state that he narrowly lost. During the Jan. 2 phone call, Trump repeatedly argued that Raffensperger could change the certified results, an assertion the secretary of state firmly rejected.

The investigation by the secretary of state’s office stems from a complaint by George Washington University Law School professor John Banzhaf III, according to the investigative case sheet.

In an emailed press release sent Jan. 4, Banzhaf said he had filed a complaint with the secretary of state’s office requesting "that this matter be fully investigated, and action be taken to the extent appropriate." The complaint suggests Trump may have committed one or more violations of Georgia law, including conspiracy to commit election fraud, criminal solicitation to commit election fraud and intentional interference with the performance of election duties, the release says. 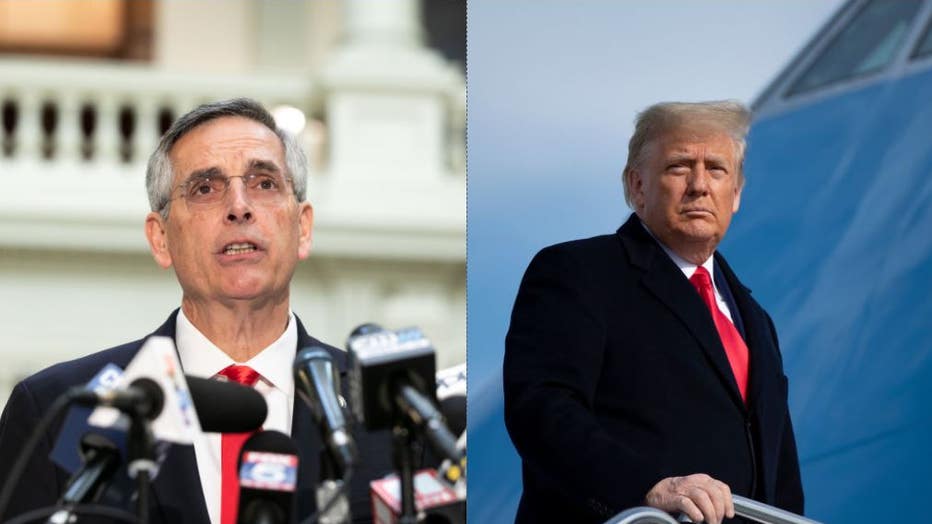 Jason Miller, a senior adviser to Trump, said in a statement that there was "nothing improper or untoward about a scheduled call between President Trump, Secretary Raffensperger and lawyers on both sides."

Investigators will present their findings to the state election board, which will then decide how to proceed. If the board believes there’s evidence that a crime occurred, it could take action ranging from issuing a letter of reprimand to referring the case to Georgia’s attorney general.