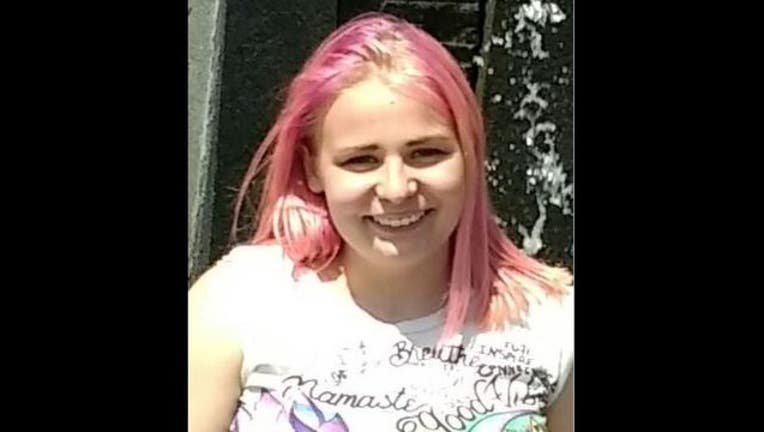 Police are searching for a 17-year-old Kimball, Minn. resident after she went missing Sunday, according to a release.

Sienna Stice told her parents she was going for a walk around 5:00 p.m. before disappearing near Hwy. 15 on Powder Ridge Road in Kimball, where she was last seen appearing to head home, police said

She is described as being around 5-foot-3 and weighing 130 pounds, with brown hair and pink highlights. Stice was last seen wearing a royal blue "Kimball Cubs" hoodie, black leggings with flip-flops and a black cropped T-shirt.

Anyone with information on Stice's whereabouts should call the Stearns County Sheriff's Office at 320-251-4240.