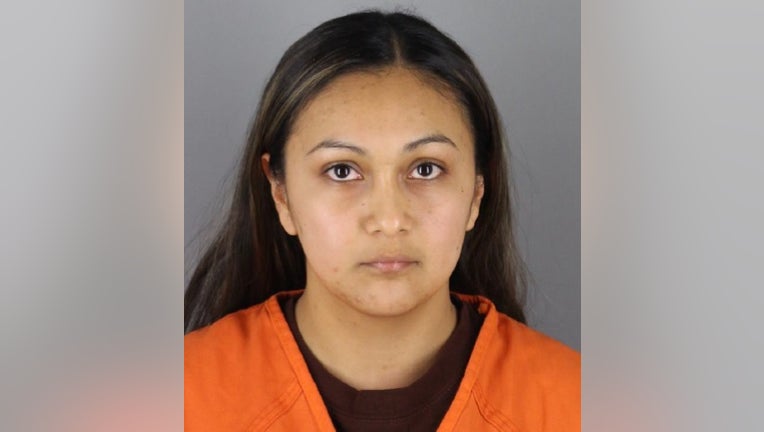 MINNEAPOLIS (FOX 9) - A former Hennepin County probation officer has been charged in connection to the murder of a Minneapolis realtor, who was shot and killed on New Year's Eve after she was allegedly abducted from a house showing in Maple Grove.

According to the criminal complaint, Segura lured Monique Baugh to the Maple Grove home by calling Baugh's personal cell phone to set up a showing. Segura has a mutual friend with Cedric Berry, who has already been charged with second-degree murder in Baugh's case.

According to the complaint, Baugh was abducted on Dec. 31 at the Maple Grove home in the 8300 block of Niagara Avenue. At 3 p.m., Baugh arrived at the home for a viewing, but then was taken by at least two men and put into the back of a U-Haul truck. Around 5:40 p.m., a masked gunman, later identified as Berry, used Baugh's key to enter her home in north Minneapolis. The gunman then shot Baugh's boyfriend several times and left. The boyfriend was not seriously injured.

About an hour after her boyfriend was shot, police responded to shots fired in the alley in the 1300 block of Russell. There, they found Baugh suffering from multiple gunshot wounds with tape on her wrists. Baugh later died from her injuries.

Further investigation revealed on Dec. 29, Baugh had received a call on her personal cell phone. Baugh told others it was "very odd" because she didn't know how the person got her personal number. The caller, using the name "Lisa Pawloski," left a voicemail requesting a showing at the Maple Grove home for "maybe tomorrow morning."

On the morning of Dec. 30, Bough went to the home with a co-realtor. No one came to the viewing, but Baugh received a call from "Pawloski" asking about the type of stove in the home. Investigators believe this call was made to see if Baugh was at the home alone.

Investigators later confirmed the voicemail was left by Segura. A spokesperson confirmed Segura had worked as a probation officer for Hennepin County Department of Community Corrections and Rehabilitation. She was employed there from June 2014 until Dec. 18, 2019. The charges state a law enforcement worker who knew her was able to confirm Segura's voice on the voicemail. In an interview with police, Segura confirmed it was her voice.

"Our department’s thoughts and condolences are with the family of the victim during this time," read a statement from Hennepin County Department of Community Corrections and Rehabilitation. "This incident and former employee do not represent the high standards that our department’s probation officers maintain on a daily basis to enhance community safety, promote community restoration, and reduce the risk of re-offense."

Call records show the phone number for "Pawloski" became active on Dec. 29 at 4 p.m. and was only used to call Baugh. Video surveillance also showed Berry buying the phone.

Segura was arrested, but later released Thursday due to the expiration of a 36-hour hold. After she was charged Friday, police put out a warrant for her arrest. She is not in custody.