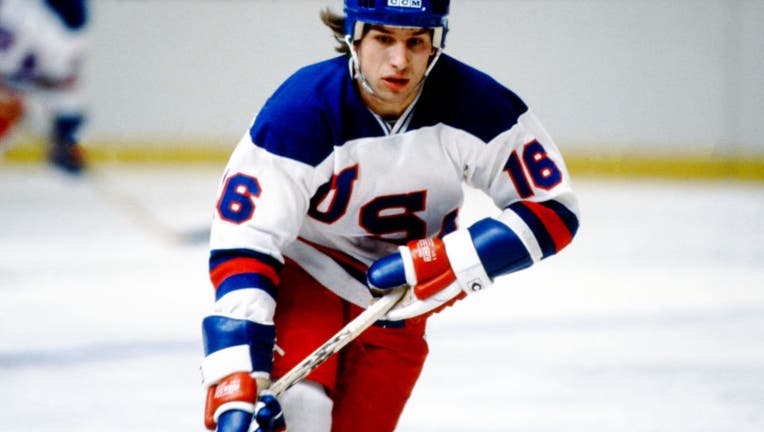 SAUK CENTRE, Minn. (FOX 9) - Mark Pavelich, a former member of the 1980 Team USA "Miracle on Ice" hockey team, has passed away in a residential treatment center in Minnesota, according to the Midwest Medical Examiner's Office.

Pavelich, 63, was receiving care at Eagle's Healing Nest in Sauk Centre when he died. The cause and manner of death are to still be determined by the medical examiner's office.

In the famed "Miracle on Ice" game between Team USA and the Soviet Union during the 1980 Winter Olympics in Lake Placid, Pavelich had the assist on the game-winning goal. The win came at the height of the Cold War, becoming a symbolic victory against a powerhouse Soviet hockey team. USA would go on to win the gold medal.

Pavelich grew up in Eveleth and went to school at the University of Minnesota - Duluth. After the Olympics, Pavelich went on to play for the New York Rangers, Minnesota North Stars and San Jose Sharks.

However in his later years, Pavelich's life took a turn. He was charged in 2019 for felony assault in which he allegedly attacked his neighbor with a metal pole. He was later found incompetent to stand trial due to mental illness. A judge ordered Pavelich to be committed to a psychiatric hospital.

Pavelich is only the second member of the 1980 Team USA hockey squad to have passed away. Defenseman Bob Suter passed away in 2014.