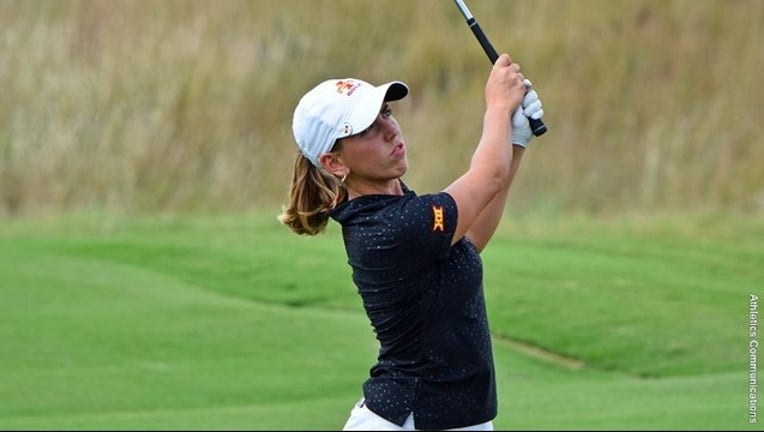 AMES, Iowa (KMSP) - A former Iowa State University golfer was found dead on a golf course in Ames, Iowa Monday, and a man has been charged with murder in connection with her death.

At 10:24 a.m., Ames police officers were called to Coldwater Golf Links, where golfers had found a golf bag with no one around on the course. A short time later, officers located a body in the water some distance from the bag.

The victim was identified as 22-year-old Celia Barquin Arozamena. She had been stabbed in the upper torso, head and neck.

An investigation led police to identify 22-year-old Collin Daniel Richards as a suspect. He had been living in the woods near the golf course and is considered homeless. Police said they have had encounters with him in the past.

Officers located a knife and a backpack filled with bloodstained clothes in his camp. Richards has been charged with first-degree murder.

Barquin Arozamena, a native of Puente San Miguel, Spain, was “one of the most accomplished players in Cyclone history,” the university said in a statement. In her final year of eligibility, she was the 2018 Big 12 champion and named Iowa State Female Athlete of the Year. This past summer, she became the third Cyclone women’s golfer to compete in the U.S. Women’s Open Championship.

She was currently finishing her last semester at the university, completing a degree in civil engineering.

“This is a tragic and senseless loss of a talented young woman and acclaimed student athlete,” Iowa State University President Dr. Wendy Wintersteen said in a statement. “We mourn with her family and friends in Spain, her teammates here and all who knew her. On behalf of the entire Cyclone family, I extend our deepest condolences to Celia’s family and her many friends and teammates at Iowa State. We are deeply saddened.”

The Ames Police Department is asking anyone with information about the incident to contact them.