Charis Lawson of Blaine loves competing in track and field. But lately, it hasn't been easy for the 19-year-old to overcome one of the biggest hurdles she's had to face in her life.

(FOX 9) - Charis Lawson of Blaine loves competing in track and field. But lately, it hasn't been easy for the 19-year-old to overcome one of the biggest hurdles she's had to face in her life.

"I don't know what is going to happen next. One day I can be up and running doing my track stuff. Pole vaulting. The next day, I am in the ICU, " said Lawson.

About five years ago, Lawson says she suffered a seizure while running in a track meet and after crossing the finish line, she passed out and her face and lips swelled up, making it difficult to breathe.

Since then, she's had to go to the emergency room 20 times with similar symptoms, but doctors weren't able to figure out what was wrong with her.

"Having that realization in the car that I could die. This isn't a joke. That's nerve-wracking."

About a month ago, a new doctor diagnosed Lawson with a rare form of Hereditary Angioedema, a disease that causes swelling in the face, throat and other body parts, and affects one in about 50,000 people. 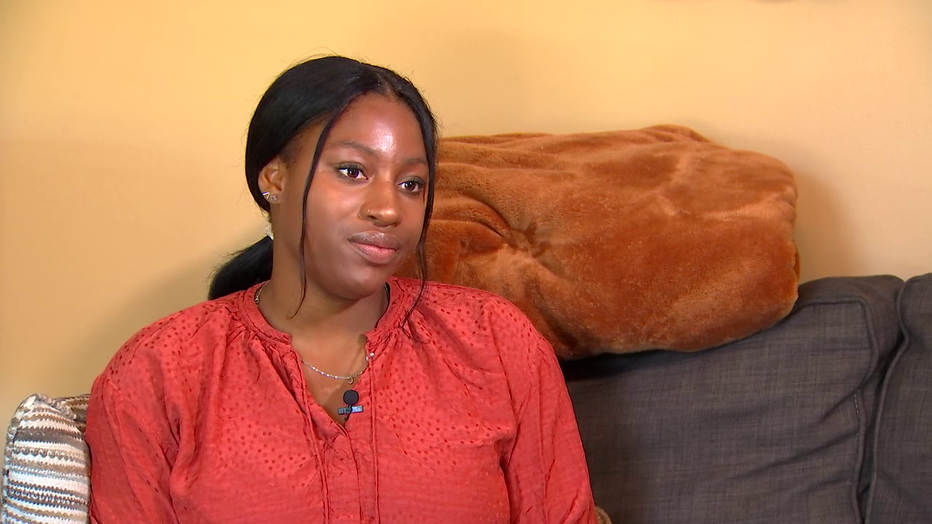 Lawson says medications are available, but they are expensive and her family's insurance doesn't want to pay for them because their insurer wants a family medical history, which Lawson doesn't have because she is adopted.

Lawson got a grant from the Hereditary Angioedema Association to see a specialist in California next month, so she started a GoFundMe to help others who may be struggling with the same disease.

In the meantime, she hopes a diagnosis will mean she'll eventually be able to go back to work at a local restaurant and get back the life she is currently missing.

"When you have an illness like that, you really feel alone. So knowing there are other people out there going through what I'm going through. That there is someone out there who cares and wants people to get the help they need."