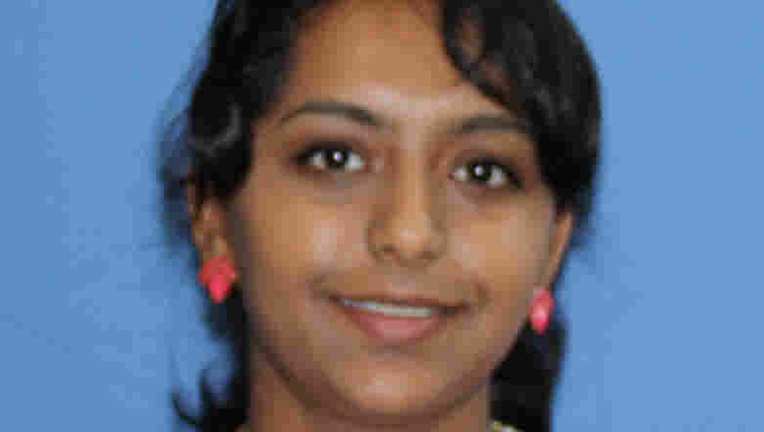 Police issued a missing person alert for Annrose Jerry on Thursday, January 23 before her body was recovered the following day. (University of Notre Dame / Twitter)

(FOX 9) - A promising young student from Blaine, Minnesota, who was set to earn her undergraduate degree at Notre Dame, has been found dead after being reported missing earlier in the week, the university says.

Officials say the body of Annrose Jerry was found in St. Mary's Lake on the Notre Dame campus by search crews on Friday.

Crews had been actively looking for her after Jerry was reported missing the day before. She had been last seen alive Tuesday evening leaving a campus building around 8:45 p.m., not far from the lake.

It's unclear what circumstances led to her going through the ice on the lake. University officials say a preliminary examination of her body showed no signs of trauma.

Postings online, including a tweet from Blaine High School in 2016, show Jerry was an accomplished student who was chosen as a National Merit Scholarship finalist. According to WSBT in Indiana, she was also a member of the university's Glynn Family Honors Program, a program for Notre Dame's top students. On top of her academic responsibilities, Jerry played flute with the Notre Dame Folk Choir.

The university is now planning a memorial service on Monday to honor her life.