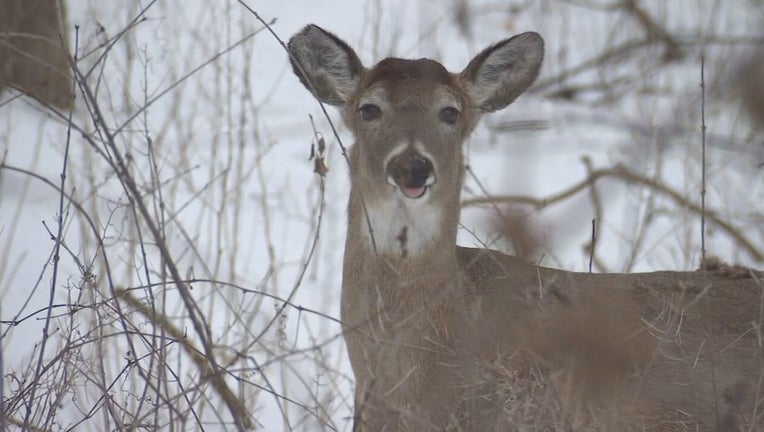 FARMINGTON, Minn. (FOX 9) - A wild deer in Dakota County tested positive for chronic wasting disease, marking the first case in the county, according to the Department of Natural Resources.

CWD is a fatal neurological disease that affects deer, moose and elk. It is not known to impact humans or pets.

This deer was found about 100 miles away Preston, Minnesota, the state's primary area impacted.

The DNR is creating plans to sample deer until the hunting season as well as follow its CWD response plan, which will identify a management zone that will be about 15 miles around where the deer tested positive. Hunters should also expect carcass movement restrictions and mandatory surveillance to go in place.

The DNR will be prohibiting recreational deer feeding. Residents are urged to stop feeding deer.

Along with the Dakota County case, the Board of Animal Health reported on Friday that four additional CWD cases were found on a deer farm  The cases were discovered in January, officials say, after the herd was investigated because it had provided animals to a Douglas Farm that had a case of CWD.