Footage by Naples Fire-Rescue shows a firefighter breaking the rear passenger window and helping the woman to safety. Her condition was not immediately clear but she appeared unharmed in the footage. 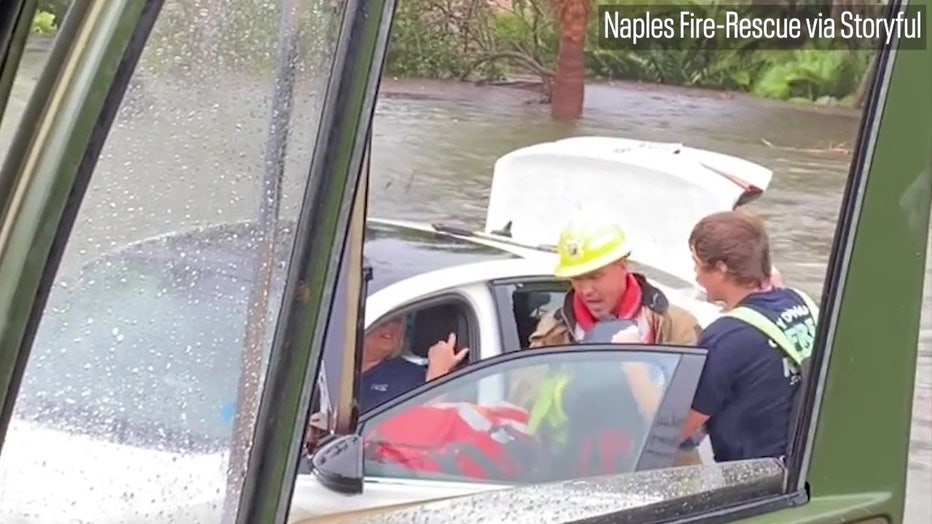 Collier County officials said on Wednesday night that half of the streets in Naples were "not passable" due to high water, and tides might further raise the water level. Earlier, the fire department posted video showing crews struggling through chest-deep water as storm surge enveloped Fire Station 1 downtown.

Meanwhile, the main causeway to nearby Sanibel was destroyed by the hurricane, meaning anyone who did not evacuate is stuck on the island.

Hurricane Ian made landfall as a Category 4 storm, with maximum wind speeds of 150 mph, but later weakened as it made its way to central Florida.

Roughly 2.2 million Floridians were without power early Thursday, according to PowerOutage.us.