Firefighters responded to several fires across Minneapolis overnight, including fires at two detached garages in the alley near 19th Avenue South and 37th Street as well as a fire at a grain elevator on the 3700 block of Dight Avenue.

MINNEAPOLIS (FOX 9) - It was a busy 24 hours in Minneapolis as firefighters responded to six fires across the city from early Monday morning to early Tuesday.

The first fire broke out at a single-story church on the 1100 block of 8th Street in the Elliot Park neighborhood, according to the Minneapolis Fire Department. Crews were able to extinguish the fire before it reached the inside of the church. No one was injured.

At 6:31 p.m., fire crews responded to the first of two fires in 24 hours at a 2 ½ story vacant home on the 1200 block of Knox Avenue North in the Near-North neighborhood. The home has had several previous fires, according to the fire department. Crews quickly put out a fire on the back porch.

Nearly five hours later, crews were called to the same vacant house on a report of someone starting a fire there. Crews arrived and found what they described as a "grass and debris fire" at the back of the house, which they put out.

A fourth fire was reported Monday night shortly before 11 p.m. on the 2500 block of Polk Avenue Northeast in the Audubon Park neighborhood. Flames were showing from the roof of a detached garage in the alley. Crews extinguished the fire inside the garage. The fire did not spread to any nearby homes and no one was injured.

Around 12:18 a.m. Tuesday, fire crews found two detached garages on fire in an alley near 19th Avenue South and 37th Street in the Standish neighborhood. They evacuated nearby homes, but the fires were put out before they spread to the homes. 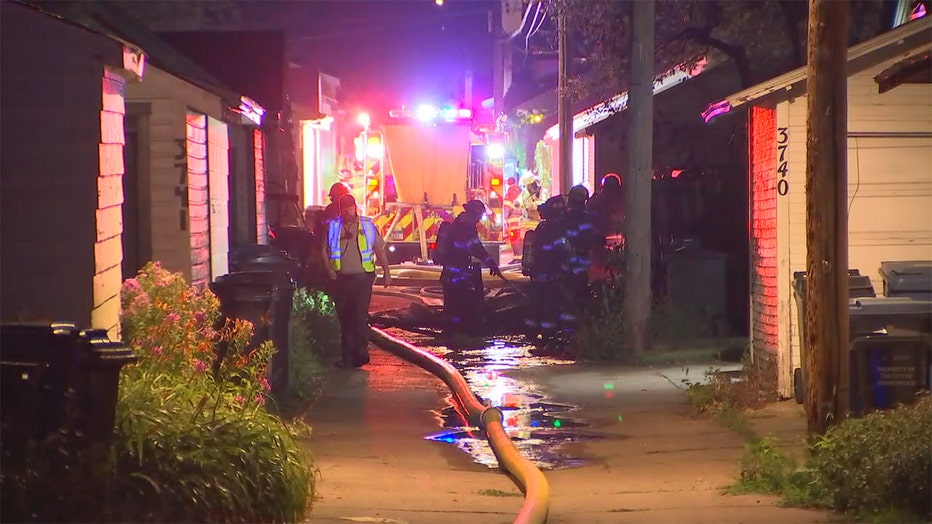 Firefighters responded to two detached garages on fire in an alley near 19th Avenue South and 37th Street.

The fire department said both garages were destroyed and the exterior of the two nearby homes were heavily damaged by the fire and heat. No injuries were reported.

The last fire was reported around 1:21 a.m. at a grain elevator building on the 3700 block of Dight Avenue in the Howe neighborhood. Crews forced their way into the building, but found the fire had not spread to the inside. 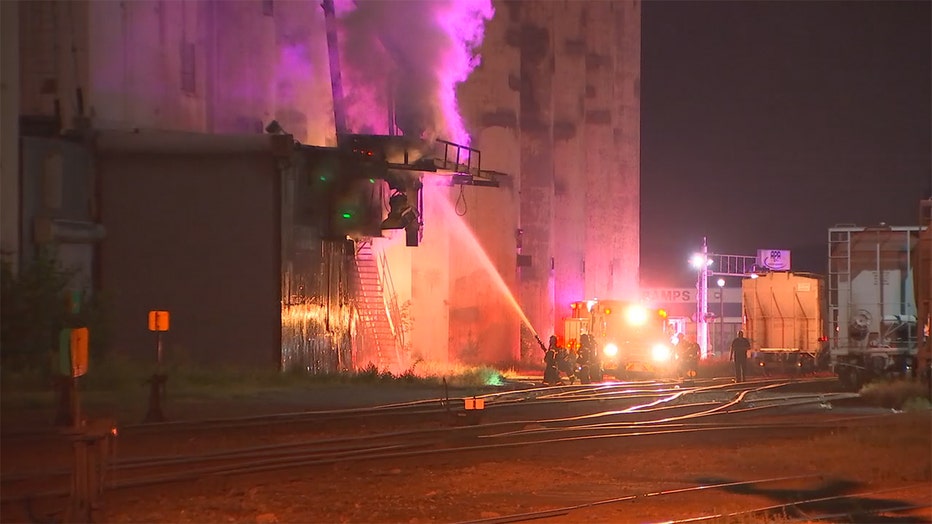 Fire crews responded to a fire at a grain elevator building on the 3700 block of Dight Avenue early Tuesday morning.  (FOX 9)

Firefighters deployed an aerial ladder with a hose line to extinguish the fire on the roof and exterior stairwell. No injuries were reported.

The cause of all six fires remains under investigation.