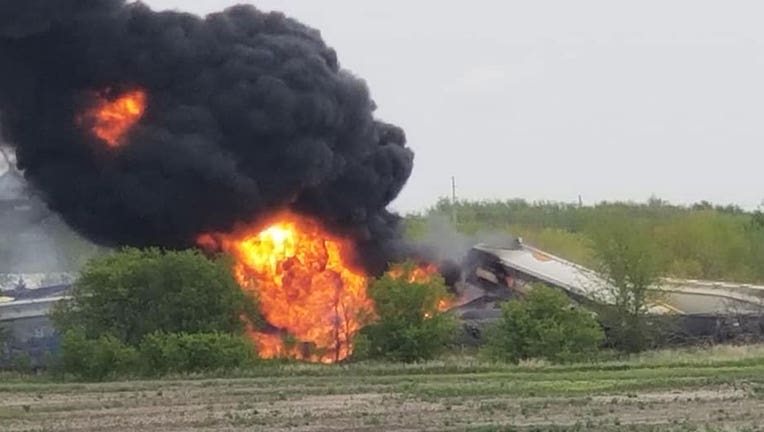 SIBLEY, Iowa (AP) - Thick black smoke billowed into the air Sunday after a train derailed in northwest Iowa, prompting authorities to evacuate part of a small, nearby town.

The fiery derailment happened early Sunday afternoon on the southwest edge of Sibley, which is a town of about 3,000 people roughly 200 miles (321.87 kilometers) northwest of Des Moines.

Drone video of a fiery train derailment in northwest Iowa

Photos and video of the derailment posted online Sunday show about 30 train cars piled up along the tracks with flames and a large plume of smoke coming from one end of the pile of cars. Local media reports say authorities evacuated an area within 5 miles (8.05 kilometers) of the derailment. 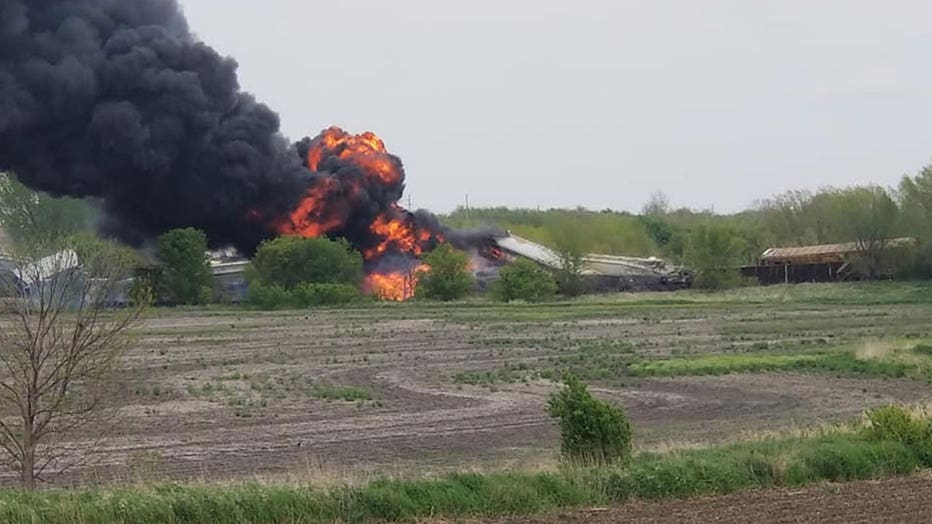 A far-away look at a Sibley, Iowa train derailment that led to the evacuation of a small town. (Robin Scott Eggink)

Nate Minten of Sibley told the Des Moines Register that smoke was still visible around 4:30 p.m. Sunday from his mother’s home.

"I could see smoke filling up a couple hundred feet at least," said Minten who posted aerial drone video of the derailment online, "We didn’t hear any bangs or anything."