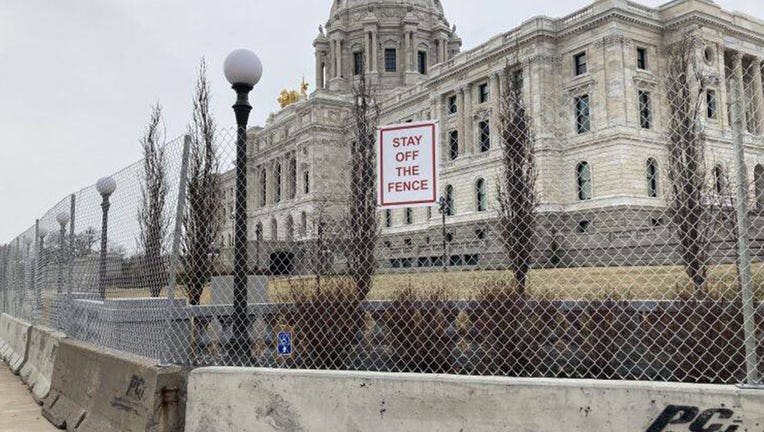 A security fence surrounds the Minnesota State Capitol during the trial of Derek Chauvin. (FOX 9)

ST. PAUL, Minn. (FOX 9) - The fence surrounding the Minnesota State Capitol is scheduled to come down June 1, according to a spokesperson for the state Department of Administration.

Removing the fence will take several days, but it will likely be down by the time lawmakers return to the Capitol for the June special session.

It is not clear yet when the Capitol will reopen to the public after the fence is removed. The Department of Administration spokesperson says they are working with the Capitol’s tenants to set a date for that. Legislative leaders in the House and Senate said this week that they wanted to have the public back in the Capitol and would open the galleries of their respective chambers when the building reopens.

Fencing has cost taxpayers more than $200,000 since the first temporary barrier was installed on May 31, 2020. The first fence was put up during the unrest following the death of George Floyd, costing taxpayers more than $100,000 before its removal. It was replaced this spring by a more secure fence ahead of the murder trial of Derek Chauvin, the former Minneapolis police officer convicted in Floyd’s death.

Installation of the latest fence cost $68,117 and the fence carries a $12,015 a month rental charge, according to the purchase order.