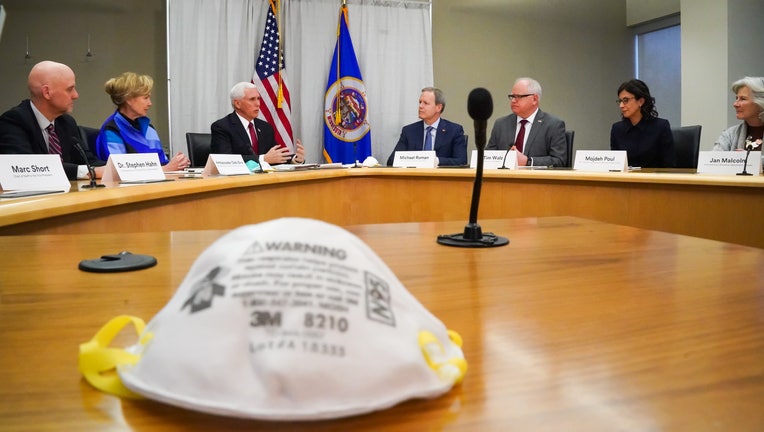 WASHINGTON, D.C. (FOX 9) - The federal government and Minnesota-based 3M have reached an agreement for the company to dimport 166.5 million masks for health care workers over the next few months.

The President made the announcement during his daily COVID-19 news briefing at the White House Monday. He said the agreement includes delivery of 55.5 million of the N-95 respirators each month. The company said it already is manufacturing 35 million respirators per month in the United States.

In a release, 3M said the masks will be imported primarily from China. The company will also continue to export masks to Canada and Latin America, which a point of contention of the Trump administration late last week.

Minnesota-based 3M responded Friday to the Trump Administration’s request the company stop selling its N95 respirators to other countries, saying that doing so would have “significant humanitarian implications.”&nbsp;

Trump called the agreement “amicable” and said he is “very proud now to be dealing with 3M," despite being critical of the company recently.

Late last week, 3M responded to the Trump Administration’s request the company stop selling its N95 respirators to other countries, saying that doing so would have “significant humanitarian implications.”

"We have been working closely with the Administration to do exactly that, and we appreciate the authorities in the DPA that provide a framework for us to expand even further the work we are doing in response to the global pandemic crisis," 3M said in a statement. "We look forward to working with FEMA to implement yesterday’s order."

However, after hearing reports that 3M was selling face masks to other countries, the president lashed out at the company on Twitter Thursday night, writing, “We hit 3M hard today after seeing what they were doing with their masks. ‘P Act’ all the way. Big surprise to many in government as to what they were doing—will have a big price to pay!”

In its statement, 3M said the Trump Administration requested that 3M cease exporting N95 respirators that it currently manufactures in the U.S. to the Canadian and Latin American markets.

The company pushed back against the president’s directive, however, saying there are “significant humanitarian implications of ceasing respirator supplies to health care workers in Canada and Latin America, where we are a critical supplier of respirators.”

3M also argued that ceasing all exports of respirators produced in the United States would “likely cause other countries to retaliate and do the same,” and would actually decrease the net number of respirators available to the U.S.

“That is the opposite of what we and the Administration, on behalf of the American people, both seek,” the company said in the statement.

This story was reported from Minnesota.