Drone video shows the damage caused by a fire at the Press Bar in downtown St. Cloud, Minn.

ST. CLOUD, Minn. (FOX 9) - The owner of the Press Bar and Parlor in St. Cloud, Minnesota has now been federally charged with intentionally setting fire to his business last February and submitting a fraudulent insurance claim. 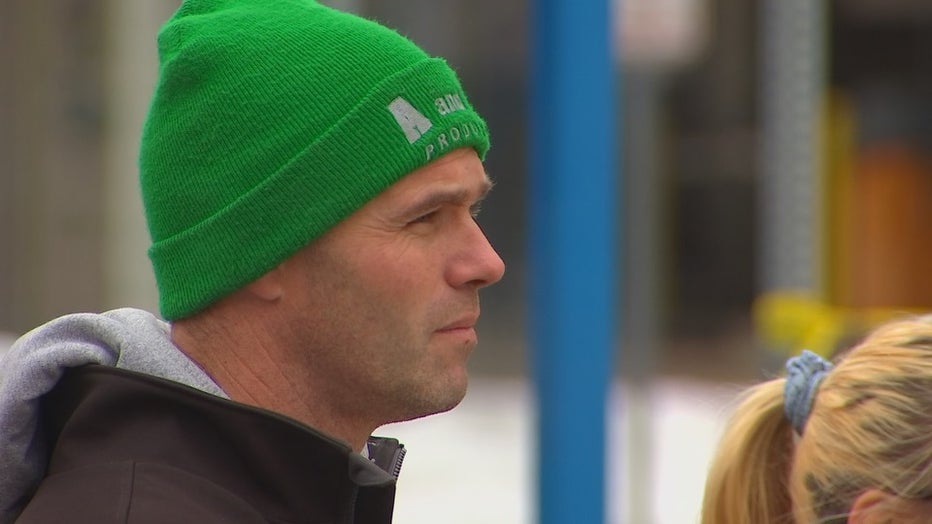 Owner Andy Welsh stands outside the Press Bar in St. Cloud, Minnesota as fire crews worked to knock down flames.

According to the indictment, Welsh allegedly set a fire in the basement of the Press Bar in the early morning hours of Feb. 17. The fire eventually spread throughout the over 100-year-old building and resulted in its total destruction as well as other losses.

Welsh had an over $1.3 million insurance policy on the Press Bar. A week after the fire, he filed a claim for over $1.4 million for property damage and other losses related to the fire.

The Press Bar, a popular establishment in downtown St. Cloud, Minnesota, is likely a total loss after a fire early Monday morning.

The case is the result of an investigation by the Bureau of Alcohol, Tobacco, Firearms and Explosives, the St. Paul Police and Fire departments, the Minnesota State Fire Marshals and the Stearns County Sheriff’s Office.

Welsh was previous charged in Stearns County with two counts of first-degree arson.

Welsh was arrested on the federal charges and made his first court appearance on Friday.