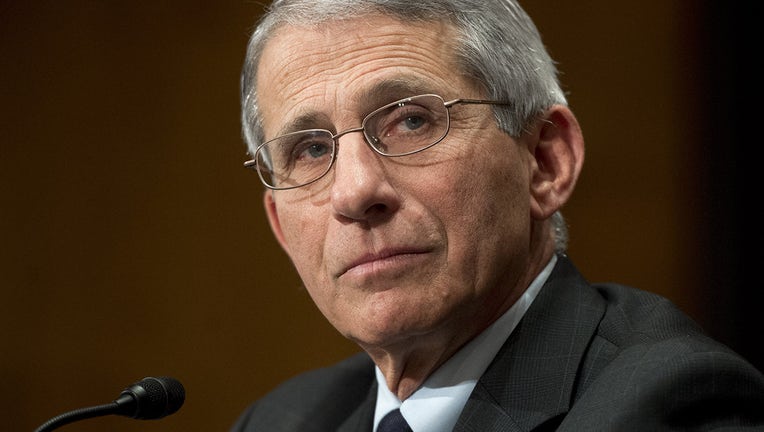 Dr. Anthony Fauci on Sunday weighed in on the debate surrounding the origins of COVID-19, saying he believed it adapted "in the wild."

As the origins of the virus remain under investigation, experts have attempted to fill in the gaps on how the virus first developed, as well as how it adapted so well to humans.

Fauci, the director of the National Institute of Allergy and Infectious Diseases and chief medical adviser to President Biden, believes that the time between first infection and first intervention allowed the virus to mutate at a reasonable and natural pace.

David and Staci Williams spoke with FOX Television Stations about their medical miracle.

"It's entirely conceivable that it was spreading considerably for weeks, if not months, before we recognized it at the end of December, giving it plenty of time to adapt to a human," Fauci told CBS' "Face the Nation." "The other theory that people have is that somehow it did that in a lab and it accidentally escaped."

"I mean, those are just varying opinions," he added. "I think the most likely one that in nature, in the wild, it adapted itself."

Fauci’s explanation touches on a theory the virus was transmitted in a lab in Wuhan, then spread to the public.

A pending report from the World Health Organization (WHO) will detail findings from an investigation in Wuhan into the origins of the virus, but critics have questioned the scope and integrity of the investigation.

The Biden administration has raised concerns that Beijing helped write the report, effectively rendering the report little more than a "white wash" of events.

In a clip from "60 Minutes," Dr. Jamie Metzl, a member of the WHO advisory committee on genetic engineering, claimed that China conducted the primary investigation and shared its findings with the investigation team.

Fauci refused to take a firm stance on the report, saying there was "a lot of conjecture" around the imminent release and that he would "like to see the report first."

"I’d like to take a really close look at that," Fauci said. "If, in fact, obviously there was a lot of restrictions on the ability of the people who went there to really take a look, then I’m going to have some considerable concern about that."

"But let me take a look at the report first."