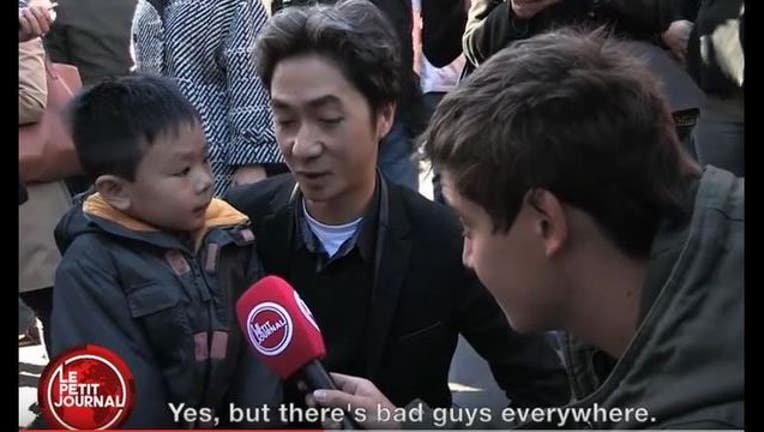 PARIS (KMSP) - A French news station called “Le Petit Journal” interviewed a young boy and his father about Friday’s terror attacks in Paris. The video has since been shared thousands of times after YouTube user Jeje125 translated it to English.

The YouTube user said he uploaded the precious exchange between the father and son "to share awesome with the world."

"Promoting strong and positive mindsets can help defeat the atmosphere of fear, hate, and violence that the people behind these atrocious acts sought to create," he wrote. "Flowers are a metaphor for the acts of kindness, love and support that need to be encouraged in our everyday lives. That also includes educating the people who might express intolerant responses."