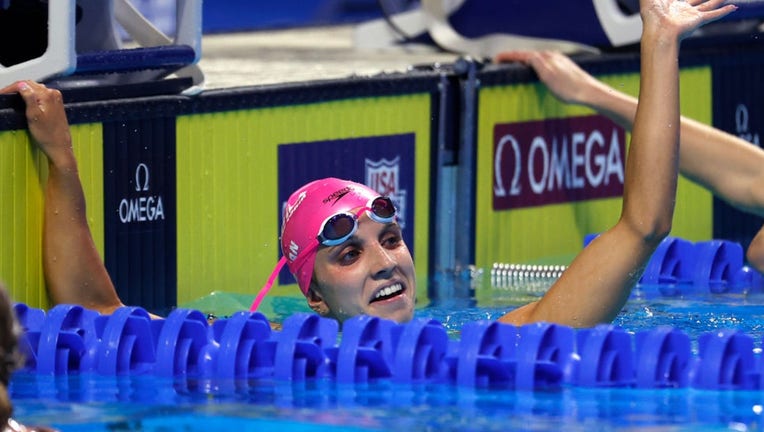 (FOX 9) - After qualifying to represent Team USA in the Olympic Games in Tokyo, swimmer Regan Smith of Lakeville, Minnesota is truly living out her childhood dreams.

Regan has been hitting the water since she was two years old and blowing away coaches since her first race when she was seven. Just a couple years later, FOX 9 met her after a local swim meet where she broke four national swim records and eight state records for butterfly and backstrokes in her age category.

Paul Smith spoke to FOX 9 between Olympic trial races in Omaha, while his daughter took a well-deserved nap. The first 24 hours as an Olympian are a whirlwind, starting with the moment the 19-year-old swimmer from Lakeville realized she won the 100m backstroke final to qualify for Tokyo.

"The very honest answer: it’s an overwhelming feeling of relief," said Paul Smith. "The COVID pandemic, the one-year delay and this taking place in summer of 2020 vs. summer of 2021 - it was very difficult. And for Regan, I think it was an expectation game. ‘You are the double world record holder in the 100m and 200m backstroke, of course you are going to win. Of course the Olympic trials will be easy, of course you will go to Tokyo, of course you are going to win gold medals.’ It’s not that easy."

Now, Regan will spend the rest of the week in more races, hoping to also qualify in the 200m butterfly and 200m backstroke.

It’s an exciting and stressful time, but also to her dad, she’s the same little girl just chasing her dreams.

"She loves it," said Paul Smith. "Always has, I guess always will."