A former police officer was arrested for killing a woman. But he was not in jail for long.

FORT WORTH, Texas - A Fort Worth police officer who resigned before he could be fired is now charged with murder for the death of a woman.

Former Officer Aaron Dean, 34, was arrested for murder Monday night. He is no longer behind bars after posting at least 10% of his $200,000 bond.

Body camera video shows the former officer walking around the perimeter of the house with a flashlight and gun drawn. Police said when he got to the back window, he saw someone standing inside the home.

After “perceiving a threat,” Dean can be heard saying, “Put your hands up. Show me your hands,” before immediately shooting through the window and killing Jefferson.

READ MORE: Affidavit: Atatiana Jefferson pulled handgun from purse because she heard noises in her backyard 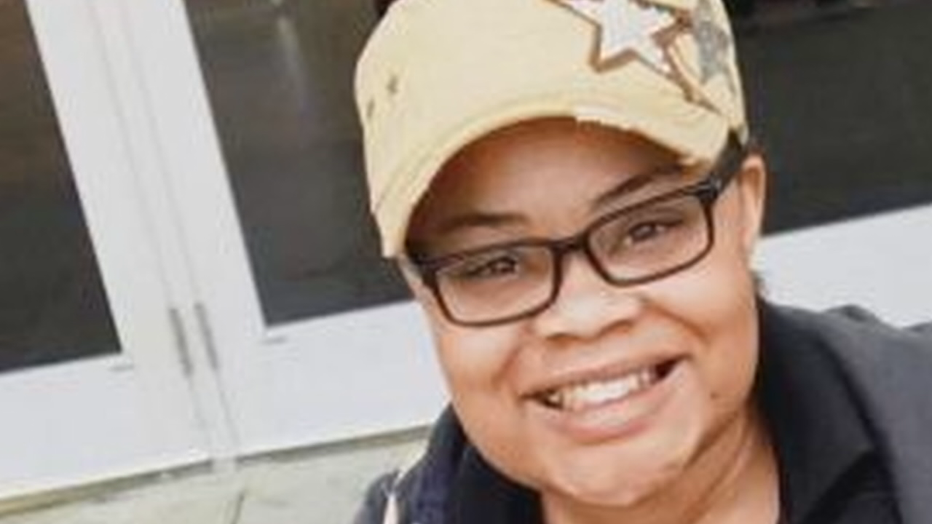 Dean was arrested just hours after he handed in his resignation. Fort Worth Police Department Interim Chief Ed Kraus said he planned to fire Dean before he resigned for violating the department’s use of force policy.

On Monday, both Kraus and Mayor Betsy Price called Jefferson a victim and agreed the shooting was not justified.

“We received many calls from the community expressing their concerns and demands. And I assure you as chief of this department, I share those concerns and I demand a thorough, transparent and speedy investigation,” Chief Kraus said.

“The entire city is in pain. As a grandmother, a mother, a sister and an aunt, I can’t imagine anything worse and I’m so sorry. On behalf of the entire city of Fort Worth, I’m sorry,” Mayor Price said.

There have been nine officer-involved shootings in Fort Worth this year. The mayor wants a panel of national experts to review the department. She also plans to meet with the family privately.

Community activists and Jefferson’s family are calling for changes in the police department.

Jefferson’s family says they had a positive moment when Dean was arrested Monday night only to be disappointed to hear he was released on bond just a few hours later. They still have questions about what happened early Saturday morning.

They said Jefferson, who was known to her family as Tay, had dreams of pursuing a career in medicine before her life was taken away.

Her aunt, two sisters and brother spoke out on Monday alongside attorney Lee Merritt. They want to let people know that the 28-year-old had a kind heart and always put others first.

Jefferson had recently moved into the home on Allen Avenue to help with her mother, whose health is declining. She also helped with her 8-year-old nephew Zion whom she was especially close to.

Community activists and Jefferson’s family are calling for changes in the police department.

Tay was playing video games with Zion when she was shot and killed, the family said.

The little boy who witnessed the tragedy is remaining strong for the family.

“He’s my motivation and he’s my biggest encouragement in the middle of the night when I’m crying. He wakes up and tells me to breathe in my nose and out my mouth. He holds me. He hugs me,” said Amber Carr, Jefferson's sister. “And these are the things I should be doing for him. But he’s helping me to be strong and I believe that’s because my sister had a big part in that.”

“The family of Atatiana Jefferson is relieved that Aaron Dean has been arrested and charged with murder. We need to see this through to a vigorous prosecution and appropriate sentencing. The city of Fort Worth has much work to do to reform a brutal culture of policing,” Merritt said in a statement on behalf of the family.

As flowers pile up outside the home on East Allen honoring Jefferson, state lawmakers are pushing for more police training in de-escalation techniques and use of force.

“One death is too many,” said State Rep. Nicole Collier. “No one should look at this situation and remain silent. We are all at risk if we stand by and allow this to become acceptable conduct.”

“We’ve got to sit down with police officers, sit down with citizens, look at these situations and look at whether or not we need to redefine when deadly force is necessary,” said State Sen. Royce West.

It’s an issue Jefferson’s family and their supporters say starts from the top down.

“None of it makes sense,” Carr said. “There’s no way someone is taught to go past open doors or go through backyards. None of that makes sense to me.”

Dean joined Fort Worth PD in 2017. He graduated from the police academy and became an officer in April of 2018.

Merritt said he should have been fired the night he murdered Jefferson.

Fort Worth city leaders have promised to listen to community concerns about the police department.

The city has taken a very unified and clear stance on Jefferson’s death, saying it never should have happened. Mayor Price has called for a full review of the Fort Worth Police Department.

After police body camera video was released, a lot of people were very frustrated with what they saw. Many said the victim didn’t stand a chance in the few seconds she had after being approached by the officer.

“Aggravated. Irritated. I’m angry. I’m tired of us being mistreated, killed season of anger in the city of Fort Worth,” said Cory Session, who serves on the city’s Race and Culture Commission.

Sessions said the mayor and interim police chief did help to bring the temperature down and start the healing process for the city’s residents. But he believes Dean also needs to apologize.

Session works directly with the Criminal Justice Committee and is now working with the city and police department to develop a police review board.

Candidates will be brought in next week for a police monitor for the board.

“I call law enforcement 100 hours of boredom and one second of terror. And it’s that one second of terror that we train police hours constantly so that we have that muscle reflex that they react to right away,” said Dr. Alex Del Carmen, a criminologist at Tarleton State University. “We have to go back to the recruitment of the individual before we even talk about training. Although training is important through my perspective, we have to ask ourselves, ‘What went wrong?’”

After police body camera video was released, a lot of people were very frustrated with what they saw. Many said the victim didn’t stand a chance in the few seconds she had after being approached by the officer.

Dean has 1,451 hours of training, which is more than twice the state requirement to become a police officer. He'd been on the streets 18 months.

“We hope that the officer responds to the scenario in the same way that they did in that controlled environment,” Del Carmen said. “Sometimes, things go south and police officers either forget their training or they panic or they act differently. It’s very difficult to create that in a simulated scenario.”

Chief Kraus says his department will be reviewed, but without being specific on who will handle that audit.

“We're looking at bringing in an independent third party group to come in and evaluate our policies our practices and our training to ensure that we are above best practice standards,” he said.

Del Carmen has trained over 15,000 officers and chiefs of police. He says everything must be reviewed

“What I say is let’s look at recruitment. Let’s look at training. Let’s look at whether or not the training is effective. Let’s look at simulations, those real life scenarios in circumstances. Maybe, improve their use of force training,” he said. “Look at their policies. Look at what the field training officers are actually teaching them once they get out in the streets.”

City employees are making arrangements for an overflow room in case a larger than usual crowd shows up Tuesday night for the Fort Worth City Council meeting.