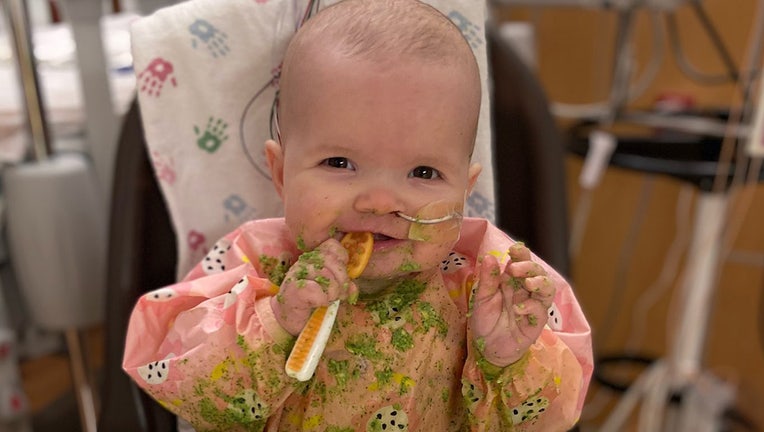 (FOX 9) - A Minnesotan family whose baby daughter was on the waitlist for a heart transplant got the news they eagerly awaited yesterday: the surgery was a success, and their child has a new heart.

Elodie Baker was three months old when we reported last October that she was one of 52 infants on waiting for a heart transplant in the United States. She was the youngest child from Minnesota on the list.

When Elodie was seven months old, doctors diagnosed her with pediatric dilated cardiomyopathy, a rare disease that can't be treated with surgery or medicine.

In October, her parents told us they hoped that by sharing her story, they would inspire people to cheer Elodie on and realize transplants are a gift of life.

"The number one thing that we hope comes from this is for people to register as donors," Baker said. "One person has the capacity to save eight lives and that's a lot. It would help so many people and that would mean a lot to us and to Elodie."

Minnetrista infant is the youngest Minnesotan waiting for heart transplant

Right now, 52 infants are on the waiting list for a heart transplant in the United States. Three-month-old Elodie Baker of Minnetrista is one of them.

You can find more information on how to become an organ donor at the following sites: