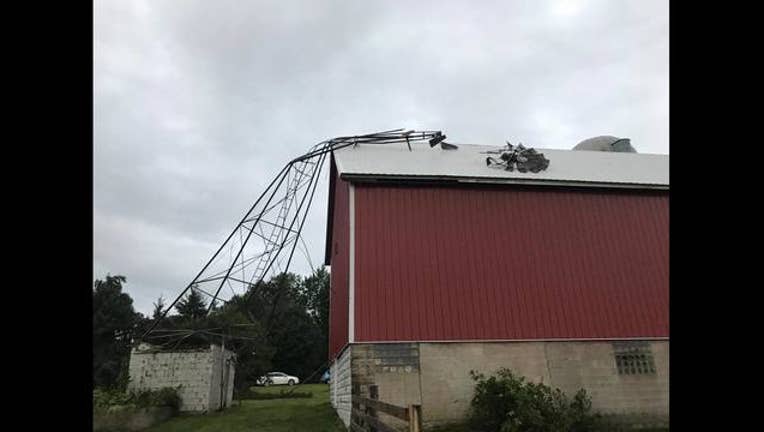 Wind damage from a severe storm that moved through Nerstrand, Minn. on Aug. 27, 2018. According to NWS, two EF-0 tornadoes briefly touched down near Nerstrand and Vasa. Photo Courtesy: Krystal Quamme