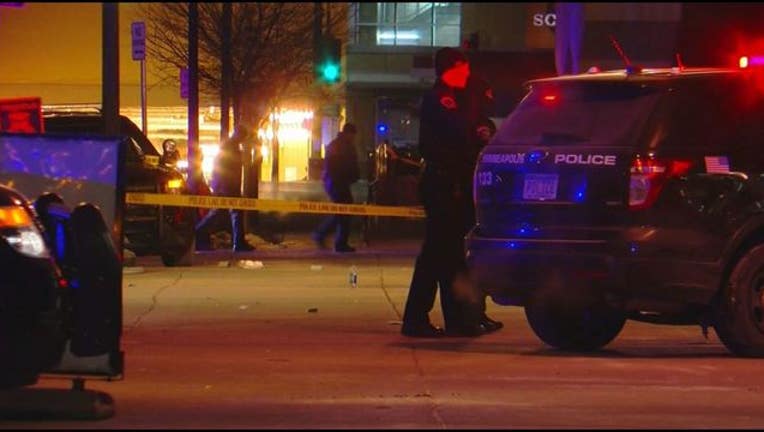 MINNEAPOLIS (KMSP) - A man has died after an early morning shooting Sunday in Minneapolis.

Police responded to the sound of gunshots around 2:19 a.m. Sunday on the 300 block of 3rd Avenue North in Minneapolis.

According to a press release, officers located two adult victims suffering from gunshot wounds, one of whom paramedics pronounced dead on the scene. A female victim was transported to Hennepin County Medical Center and is being treated for a non-life threatening injury.

The man’s name, as well as the cause and nature of his death, will be released by the Hennepin County Medical Examiner’s Office.

Investigators are interviewing witnesses at the scene and are checking with business owners in the area to see if the shooting was captured on surveillance cameras. No arrests have been made.

Minneapolis Mayor Betsy Hodges released the following statement: “Early this morning, our city experienced its first homicide of the New Year. One homicide is too many; every victim leaves behind loved ones who grieve the loss. My heart is with those grieving today.

“This type of violence will not be tolerated in any part of our city. The Minneapolis Police Department continues their investigation, working diligently to hold those who perpetrated this act accountable. Anyone with information is encouraged to text their tip in to 847411 (TIP411).  Enter MPD, a space, and then the information. All texts are anonymous.  Persons may also call the MPD TIP Line at 612-692-TIPS (8477).”