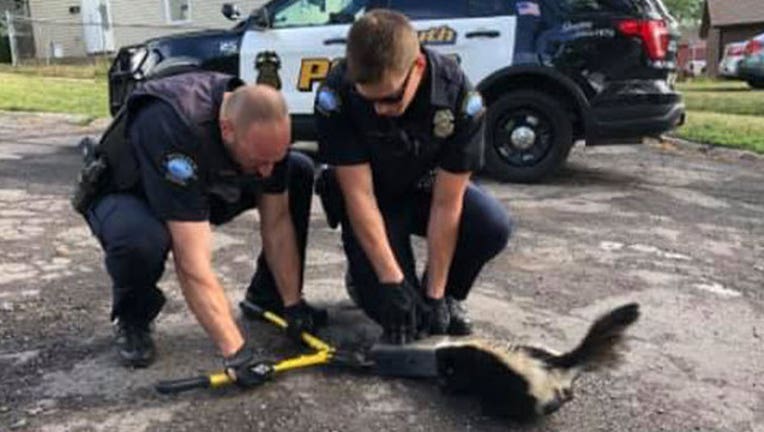 DULUTH, Minn. (FOX 9) - Police officers often get put into delicate situations that they have to figure out a way to maneuver through. Sometimes, it's helping a citizen in a life-or-death situation. Other times, they might go face-to-face with a dangerous suspect.

In Duluth, officers were met Sunday with another type of tense standoff: A stuck skunk.

According to a Facebook post by the police chief, the officers responded for the skunk that got its head into some type of metal object and apparently couldn't get back out.

In a photo, Officers Kelly Hanna and Morgan Cekalla are seen using a pair of bolt cutters to cut the object from the skunk's head. According to the department, the officers eventually succeeded after 40 minutes of work.

Along with the post, the department shared a message from the citizen who captured the rescue effort: "Many thanks to squad cars 25 and 26 who came to our neighborhood and saved this sweet mama skunk this morning. They spent almost 40 minutes patiently working with her to set her free. Thanks for protecting and serving even the smelliest of critters!"