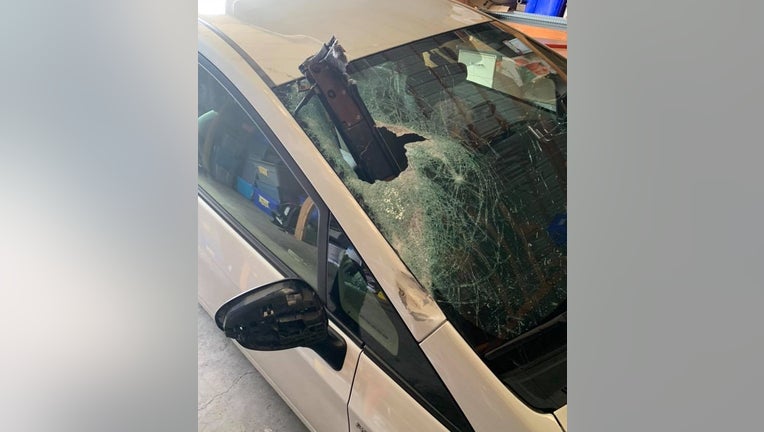 The driver said an eastbound truck passed her before the metal hit the windshield. (Belgrade Police Department / Facebook)

The Belgrade Police Department shared a photo of the aftermath of the incident that happened Friday around 6:45 a.m. According to officers, the driver was headed west into Brooten on Highway 55 when she says she was passed by an eastbound truck. 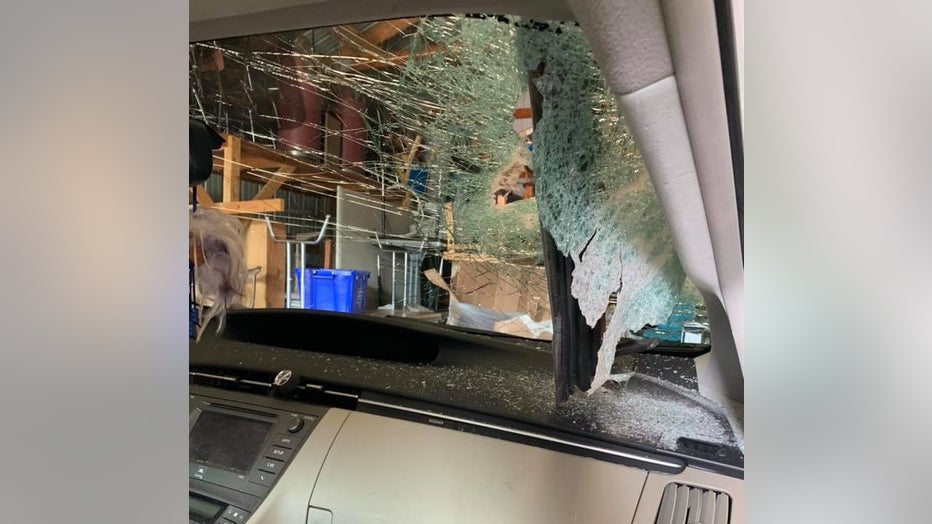 The piece of metal pierced the driver's windshield. Police say it could have ended a lot worse. (Belgrade Police Department / Facebook)

Investigators say the woman wasn't sure if the piece of debris came off or out of the truck, but it ended up lodged in the passenger side of her windshield. Luckily, officers say no one was sitting in that seat.

The police department is now trying to track down the truck driver involved in the incident.

Anyone with information that can help the case is asked to contact the Belgrade Police Departments.