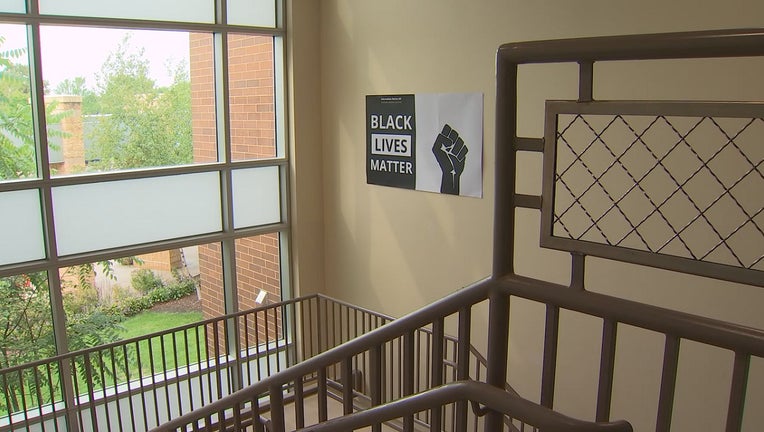 Over the past year, District 287 has moved to put a focus on equity issues in its school policies. (FOX 9)

PLYMOUTH, Minn. (FOX 9) - Critical Race Theory has become a controversial topic in schools across the country. The curriculum isn't taught in Minnesota schools, but Intermediate District 287 added is using the term to implement its updated policy that guides fixing inequities in the classroom.

The district is a consortium of 11 school districts in the west metro that serves many students of color in the Twin Cities.

Critical Race Theory has become a controversial topic in schools across the country. The curriculum isn't taught in Minnesota schools, but Intermediate District 287 added is using the term to implement its updated policy that guides fixing inequities in the classroom.

"As a white person and I believe for many white people, we do not understand racism," explained the district's superintendent Sandra Lewandowski.

Less than a week before the start of the new school year, staff at Intermediate School District 287 had an open dialogue on race and racism in America.

"We know for our students to succeed, our staff, teachers, and educational assistants have to understand racism," said Lewandowski.

Superintendent Lewandowski is taking steps to address racial equity in a district that specializes in the highest need students in Hennepin County.

"What I see is racial inequities in every one of our students who walks through the doors," said Lewandowski.

This summer, the district revised its policy to include Critical Race Theory. The curriculum, which has been banned in schools across the country, explores racism through American history, giving context from multiple perspectives.

In District 287, the circulum won't be taught here, however, Lewandowski says it will be used to better help staff understand the role of racism in its educational policies.

"I hope that staff participating in these dialogues walk away saying there’s so much I don’t know," said Radious Guess, who is the director of equity and inclusion in the district.

For school psychologist Meghan Pulvermacher, they're just beginning to scratch the surface.

"We’re getting better at having the conversations, it’s the actions that need to follow," added Pulvermacher.

"This is a start," said Lewandowski. "If this begins to address racism in our district, let it be this. But we know there’s more to come."

Critical Race Theory is not included in the Minnesota Department of Education’s K through 12 social studies standards and is not taught in schools. District 287 says that it is committed to teaching the history of communities of color.