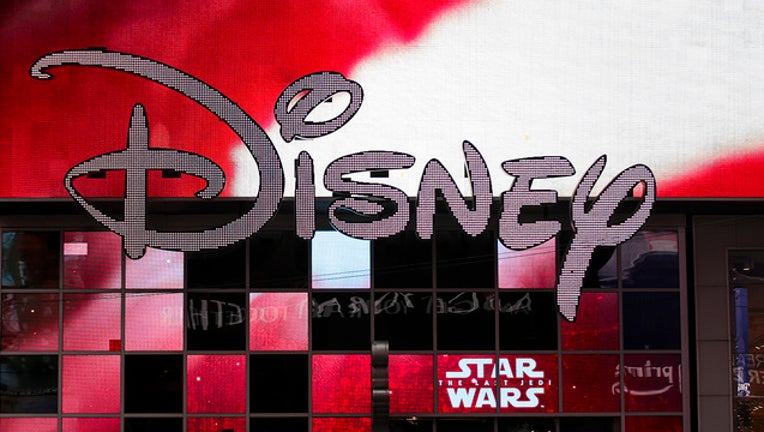 The Disney logo is displayed outside the Disney Store in Times Square, December 14, 2017 in New York City. (Photo by Drew Angerer/Getty Images)

The service, called Disney Plus, has been in the works for more than year, but Thursday marked the first time that the longtime entertainment powerhouse has laid out plans for its attack on Netflix and a formidable cast of competitors, including Amazon, HBO Go and Showtime Anytime.

Disney Plus will roll out in the U.S. on November 12 at a price of $6.99 per month, or $69.99 per year. That's well below the $13 monthly fee Netflix charges for its most popular streaming plan, signaling Disney's determination to woo subscribers as it vies to become a major player in a field that has turned "binge watching" into a common ritual.

Netflix will still have a far deeper video programming lineup after spending tens of billions of dollars during the past six years on original shows such as "House of Cards," ''Stranger Things" and "The Crown."

But Disney Plus will be able to draw upon a library of revered films dating back several decades while it also forges into original programming.

The new shows already on tap include "The Mandalorian," the first live action "Star Wars" series, created by Jon Favreau; a prequel to the "Star Wars" film "Rogue One" starring Diego Luna; a series about the Marvel character Loki starring Tom Hiddleston; a rebooted "High School Musical" series and a new documentary series focused on Disney.

Although Disney has an enviable track record of producing shows and films that attract huge audiences, its attempt to build its Netflix is risky. To make the leap, Disney ended a lucrative licensing relationship with Netflix, which had become the video streaming home for its latest films after their theatrical release, as well as many of its TV series and classic movies.

But now movies that came out in 2019, and going forward, will be streamed only on Disney Plus. That includes "Captain Marvel," which came out earlier this year; "Avengers: Endgame," which debuts in late April; and the upcoming "Toy Story 4," live-action movies "The Lion King" and "Aladdin;" and "Star Wars Episode IX."

Terminating its deal with Netflix will cost Disney about $150 million in licensing revenue alone during its current fiscal year ending in September. The Burbank, California, company also has disclosed about $1 billion in losses on the video streaming technology that it has been building for the service, as well as its stake in Hulu, a streaming service it co-owns with Comcast and AT&T.

Disney is betting its new service will quickly offset those losses. By dangling a mix of familiar franchises and beloved animated classics, along with original programming, it figures the new service will be irresistible to families, even if they already subscribe to other services. It expects Disney Plus to be profitable in 2024.