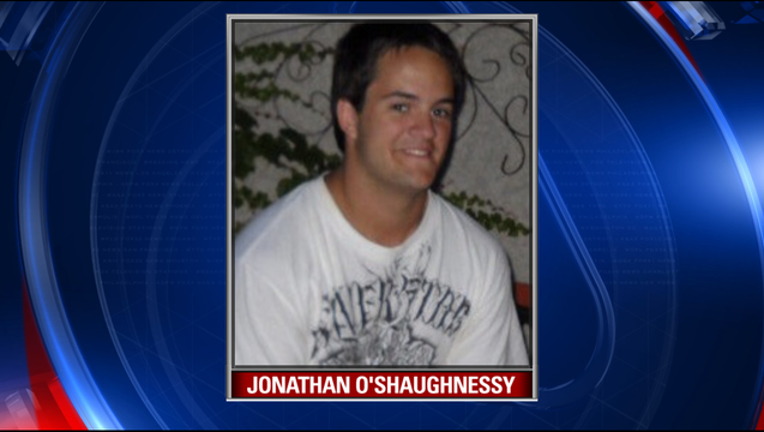 RICHFIELD, Minn. (KMSP) - The family of a 24-year-old man fatally shot in Richfield is calling for those with information about his death to come forward.

On Wednesday, Kortney Nordrum, O'Shaughnessy's sister, spoke to media where he died. Standing next to a growing memorial of flowers and balloons, she explained how her family is looking for answers behind the shooting.

Nordrum says O'Shaughnessy was walking home from a community dance when he was shot.

"Our family is devastated by this tragedy and we’re trying to cope with losing our brother, son nephew, cousin and friend," she said. "We don’t have any answers why his life ended so violently. Jonathan was gunned down by people he didn’t know in his own neighborhood. Like everyone in the community, we want to know why."

Nordrum described her brother as a kind, hardworking man who loved his community.

"He was a young man of character, and he always took his mother to breakfast on the weekends and delighted in picking up the tabs for strangers," she said.

Anyone with information about the case is encouraged to call the Richfield Police Department at (612)861-9898 or Crime Stoppers of Minnesota online or at 1-800-222-8477. Crime Stoppers is offering a $1,000 reward for information.